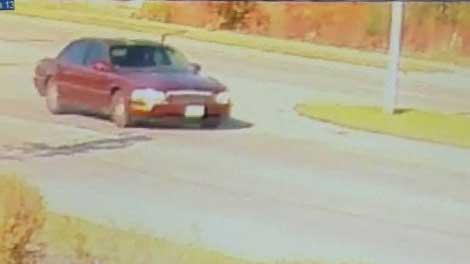 Milwaukee Police have released a photo of the vehicle involved in the fatal hit and run of an 89-year-old woman on Sunday in the 6300 block of North 90 Street.

The woman was walking across the street and was struck by an older burgundy four door vehicle. The vehicle fled and was last seen driving southbound. The woman was transported to a local hospital where she died from her injuries

This is an actual still shot of the vehicle believed to be involved in this incident.

The vehicle is described as a 1997-2005 Buick Park Avenue, burgundy color.

The license plate is unknown at this time. Anyone with information is asked to call Milwaukee Police at 414-935-7360.