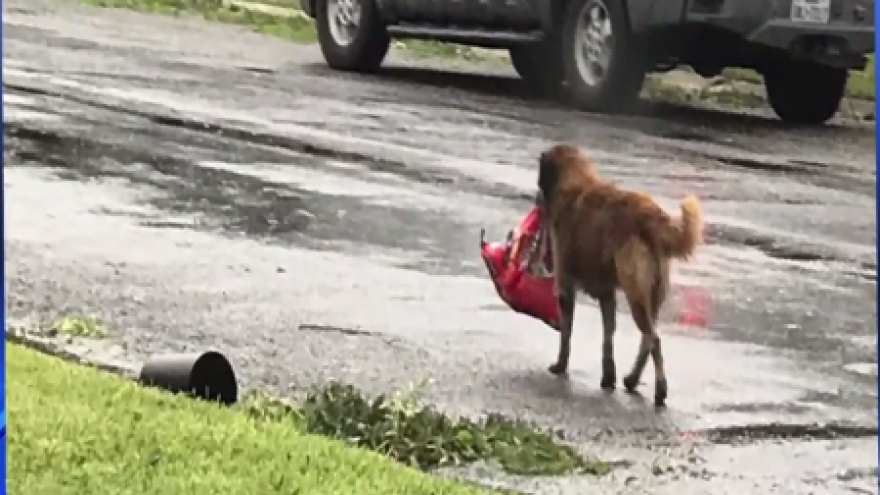 SINTON, Texas (CBS) — A small town near Houston is showing its fighting spirit in the face of Hurricane Harvey and a symbol of their resilience is going viral.

A photo captures a dog named Otis carrying a bag of dog food after dashing from his porch during the high winds and heavy rain in Sinton.

How To Help Harvey Victims

Experts say the conditions could have cost an elderly dog like Otis his life, but he is a fighter.

Salvador Segovia, the dog’s owner, said Otis is showing the people of Texas that they will make it through this.

Many families in the small town of 5,000 people say Otis is now a local celebrity and they’re glad he’s safe.