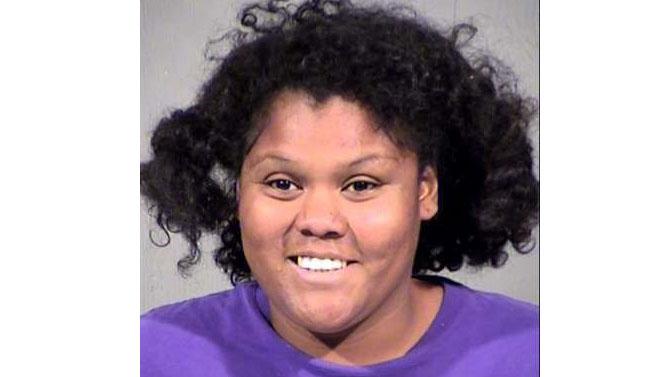 PHOENIX (KPHO/KTVK) -A Phoenix woman is defending herself from behind bars. She's in jail, accused of biting off her ex's ear.

Anntisha Honwytewa kept asking us why we were wanting to interview her and acted confused when we asked her about what happened.

She was booked into the Estrella Women's Jail for aggravated assault, causing permanent disfigurement.

When we asked her about it, she denied it right from the get-go.

After several minutes of questioning and getting nowhere, she decided she didn't want to talk with me anymore.

"I don't wanna do this. I don't know what you're talking about. I'm starting to get goose bumps and hives and chills," Honwytewa said.

Police say the incident happened in the parking lot of the Advantage Point apartment complex in Glendale, where residents tell us they weren't shocked at all.

In fact, they considered this tame in comparison to what happens here on a regular basis.

"I hear from different people that have lived here for a while, people get murdered up there, suicide over here, the drugs," resident Dove Havier said.

"You know what, around here nothing's crazy," Randy, another resident, said.

Police say Honwytewa and her boyfriend had just broken up. She got angry, then hit him in the head several times with a closed fist, then bit off his left ear.

While interviewing Honwytewa, she said, "I did not bite him," according to investigators.

Police, however, said they never asked her about the bite.

She's sticking to her story.

According to court documents, Honwytewa has a history of domestic violence.

The documents also states her ex chose not to press charges.