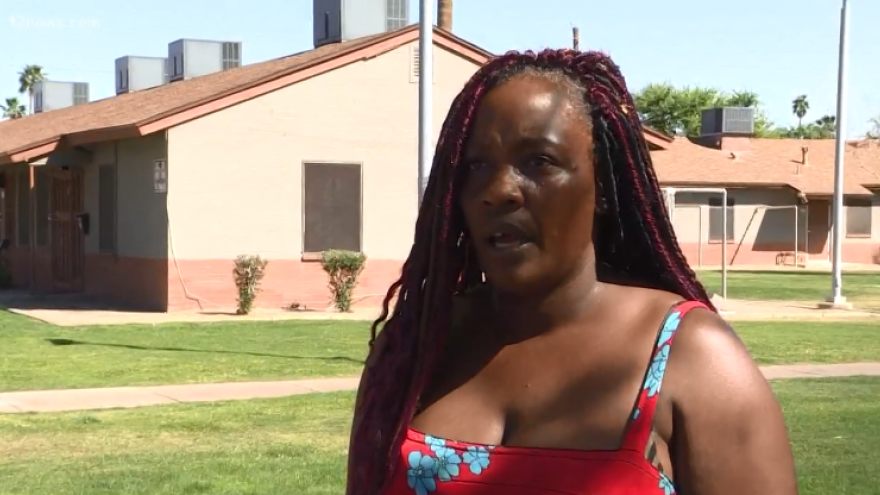 PHOENIX-- (KHOU) Police arrested a woman for child abuse after she allegedly used a stun gun to wake up her son for Easter church services, according to court documents.

Dobbins denied using a stun gun on her son. She told police she only sparked the device to wake up her son. The 17-year-old told police he did not want to prosecute or testify.

She said the family goes to church regularly, so when they didn't get out of bed, she grabbed the stun gun.

According to documents, the son did not complain about pain, even though he's the one who called police. However, documents say he had two bumps on his leg where he said he was stunned.

“He saw me crying and going in the police car, and I told them 'Hey, everybody has problems, and families have problems.' And they took me to jail, and I said, 'It's Easter. I just wanted him to go to church,'” Dobbins said.

She was released, but she and her son are not allowed to stay in the same place.

“They said he can't be here. He has nowhere to go. I'm his mom,” Dobbins said.

Dobbins's 18-year-old nephew was also in the room at the time, but he said he wasn't sure if he would testify against her.

“I walked from the jail, all the way back home. And I hugged my kids and told them I love them,” Dobbins said.

Her next court date is set for April 16. She said she hopes this whole thing will blow over.

Dobbins said in the future she plans to use communication as a way to get her kids to do what they're told, to avoid another situation like this.