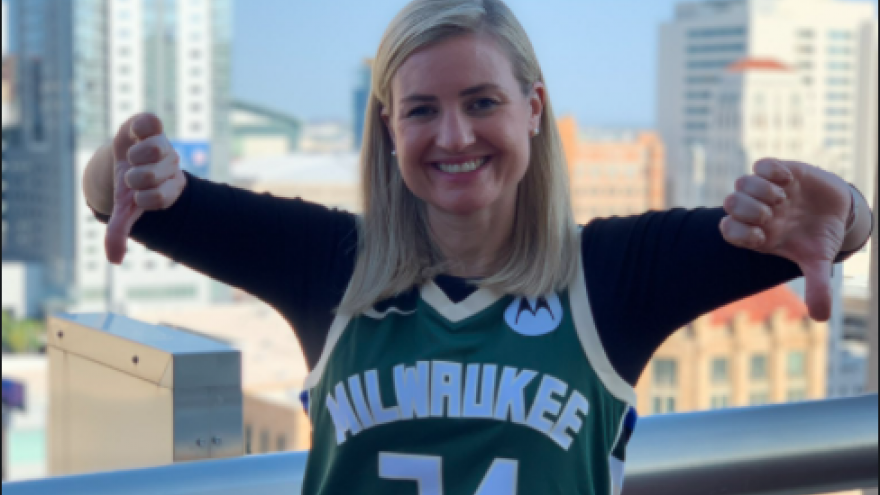 MILWAUKEE (CBS 58) -- Mayor Tom Barrett made a bet with Mayor Kate Gallego of Phoenix, Arizona during the July NBA Finals and now the loser of that bet is paying up.

The two cities basketball teams faced off for the NBA Championship and we already know how that ended.

Mayor Gallego sent Mayor Barrett some of Phoenix's local favorites for the first part of the bet.  He received his winnings at the end of July, including cookies, brownies, golf balls and beer from a Phoenix favorite brewery, among other things.

Now, Mayor Gallego has received her winnings. A Bucks jersey that she has to wear to the city's common council meeting.

She posted a photo of herself on Twitter with two thumbs down. She's wearing a Giannis jersey and said, in part, "I will always follow through on a bet, but all I have to say is there’s more to come!"

Even after a few months, the determination and spirit the @Suns brought to our city this finals is still felt. I will always follow through on a bet, but all I have to say is there’s more to come! Looking forward to next season. #GoSuns ☄️ pic.twitter.com/U2cr4fezV5

Mayor Tom Barrett has not responded to the tweet yet, but other people called her a good sport.