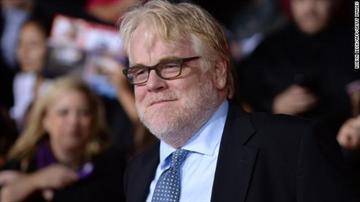 Hoffman, 46, was found in the bathroom of the fourth-floor apartment, the sources told CNN.

Hoffman won an Academy Award for best actor for the 2005 biopic \"Capote.\"

He also appeared in \"Charlie Wilson's War,\" \"Doubt,\" and \"The Master,\" for which he was nominated as best supporting actor.

According to a biography of the actor posted on the Turner Classic Movies website, last year Hoffman revealed he was seeking treatment for drug abuse, and \"seemed to be confident that he was getting a handle on the situation.\"

Hoffman's father was a salesman and his mother was a family court judge, the biography says.

He landed his first professional stage role before graduating from high school and went on to study acting at New York University.

In Hollywood, his big break came with a small role as Chris O'Donnell's classmate in the 1992 film \"Scent of a Woman.\"

Hoffman appeared last month at the Sundance Film Festival, where a movie he starred in, \"God's Pocket,\" premiered.

After his Oscar win at the Academy Awards in 2006, Hoffman thanked his mother for taking him to his first play.

\"She brought up four kids alone and she deserves a congratulations for that. Ah, we're at the party, Ma, you know? And she took me to my first play and she stayed up with me and watched the NCAA Final Four, and my passions, her passions became my passions. And, you know, be proud, Mom, because I'm proud of you and we're here tonight and it's so good,\" he said in his acceptance speech.