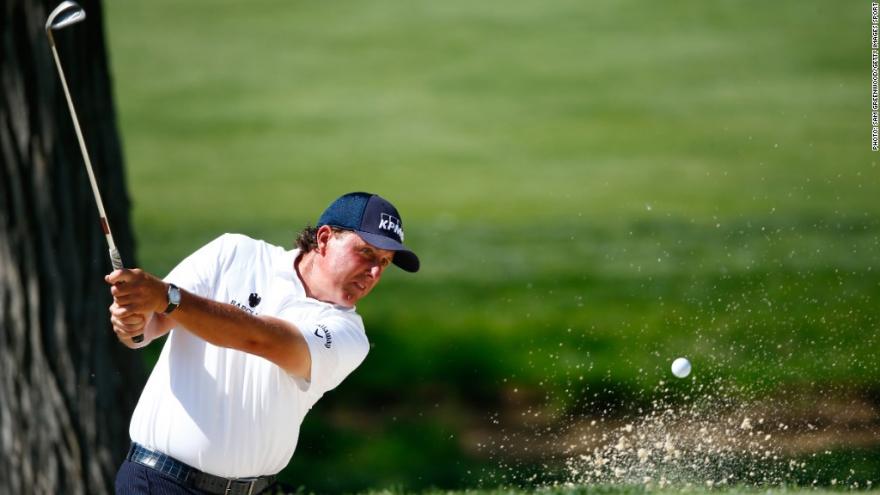 There have been a few developments since Mickelson made that announcement that could allow "Lefty" to play in Wisconsin.

First, Mickelson drew a late tee time of 2:20 PM on Thursday which is two hours after the start of his daughter's graduation time.

Although the late tee time helps, it's not enough for Mickelson to get to Wisconsin in time for the U.S. Open so what he really needs help from is the weather. If there is a weather delay, Mickelson could possibly get on a private jet after his daughter's graduation and make it to Erin Hills.

Mickelson talked about the U.S. Open after playing the FedEx St. Jude Classic on Sunday on CBS 58. Mickelson said, "I need a four delay. I need a minimum four hour delay, most likely....I should get in the air right around my tee time, it's about a three hour and 20 minute flight, by the time I get to the course I need a four hour delay."

Lefty also said, "It's not looking good and it's totally fine...I'm not going to be prepared for Erin Hills, I haven't gone there, I don't know the golf course, I would be showing up at the first tee for the first time."

You can watch the full interview below.

The current Ready Weather forecast does not have storm chances in on Thursday, but our meteorologists say there are a few weather models that do have storms so the possibility does exist.

Mickelson is not on the practice list for any day leading up to the U.S. Open.

If Mickelson doesn't make it in time this will be the first U.S. Open in 25 years that doesn't have the names Tiger Woods or Phil Mickelson.