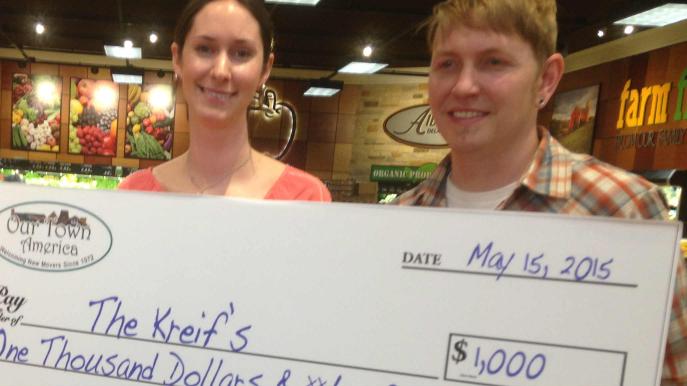 Aleyna and Dan Kreif relocated from East Troy to Pewaukee in March of 2014. They then entered a national “New Mover Survey,” sponsored by a marketing firm called Our Town America. They were among thousands of people all across the country who participated. They also were randomly chosen to win the thousand dollars. By the way, this is the first time someone local has won as well.

Those behind the program hope people new to a community will spend money at local businesses. So, in turn, everyone benefits.

May is considered to be National Moving month. The experts say one in six people relocating will go into debt because of all the expenses. Annual surveys, like the one offered by Our Town America, try to help those dealing with the costs of moving.