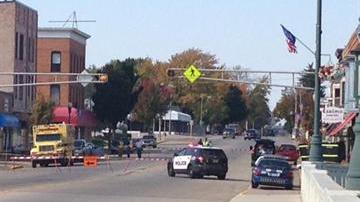 City of Berlin -- CBS 58 has learned new information in a suspected double homicide in Berlin, Wisconsin that led to a statewide Amber Alert.

The district attorney in Green Lake County says a person of interest taken into custody yesterday has been released.

That man shared a child with one of the shooting victims, Melissa Tuinstra, 28, of Berlin.

Police suspected the girl was with her father and believed she was in danger.

She was later found safe with her dad and grandparents in Marquette County.

Berlin residents are shocked at the news.

\"I think it's sad because people getting killed in town here,\" said David Howell. \"For a town like this it don't seem right, maybe a big city but not a little town.\"

The Green Lake County DA says the investigation is ongoing and that the child is safe.