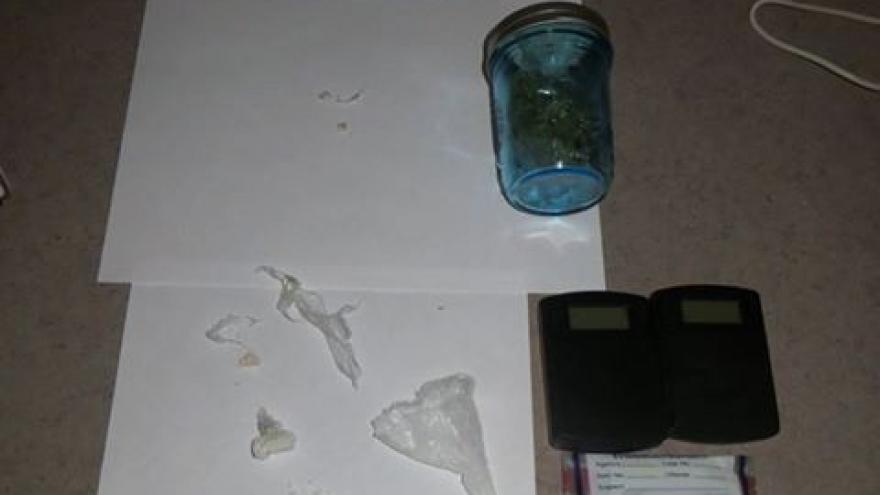 Authorities say the driver was pulled over for a suspended license. Soon after, it was discovered a warrant was out for the individual’s arrest. Authorities found cocaine, marijuana, drug paraphernalia and money in the car.