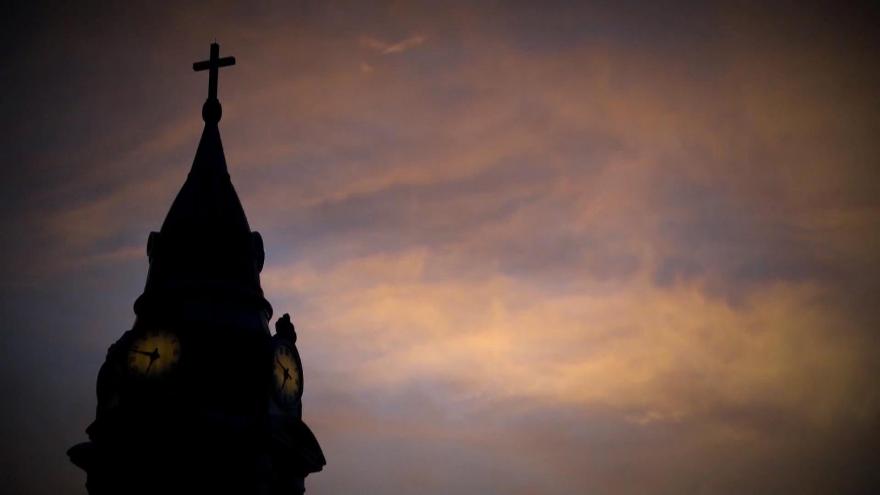 CBS News has learned authorities in Pennsylvania have re-opened an investigation into a decades-old case in which sexual abuse claims were made against a Catholic priest. A grand jury report released this month identified hundreds of abusive priests and more than a thousand child victims across the state.

This comes as Pope Francis faces a call to resign over a claim he knew about alleged sex abuse by a former American cardinal and allowed him to serve unpunished.

Over the past few weeks, CBS News has spoken with many alleged victims who, as adults, came to grips with what they say happened to them as children. Almost all report they were blocked from getting justice because the statute of limitations had expired, reports CBS News correspondent Nikki Battiste.

Ed Rodgers said his abuse began in the late 1980s.

"It started – you know – you know, runnin' up to his place," Rodgers said, adding, "And, you know, some alcohol and then dirty movies. It just went from there."

"Yeah, basically," Rodgers responded. He brought us to the grounds of his former Catholic high school where he described how he claims the principal, Father Desmond McGee, raped him repeatedly for years.

"Oh yeah, he said 'good boy.' I had to do my confessionals right to him," Rodgers said.

Rodgers said he reported the abuse to the diocese of Erie in 1990, around the time McGee expelled him, blaming a "poor attendance record and academic deficiencies."

"I think it's disgusting what they did and what they covered up. And I don't know how else to look at it," Rodgers said. He said he had no disciplinary problems in school.

"I mean, I wasn't great grades, but I was a C or above. You couldn't play sports if you were under a C average," Rodgers said.

In a phone call from his nursing home, McGee told CBS News, "It's not true. … I did not abuse anybody."

Former Bishop Donald Trautman said he didn't learn of the allegations until 1996. In a statement, Trautman claims he "notified law enforcement" and said the church "investigated the allegations and found them not to be substantiated."

After we spoke with Rodgers, CBS News learned police have re-opened the investigation into his claims at the request of the district attorney. A police report from the time shows prosecutors determined the "statute of limitations had run out on the reported sexual assaults" and a judge in 1997 concluded "the statute of limitations" had run out for a civil lawsuit. The church soon after promoted McGee to monsignor.

"What's your reaction when you learn there's a law that protects the man you say raped you?" Battiste asked.

Marci Hamilton, a University of Pennsylvania professor and CEO of Child USA, a non-profit with a mission to prevent child abuse, said 41 states have eliminated the statute of limitations for at least some child sex abuse charges. There are efforts underway in Pennsylvania to do the same.

For now, Hamilton said she believes prosecutors could still pursue other options – like child endangerment charges – against some church officials.

"The secrets were being kept, children were being endangered, and the hierarchy was well aware of it. I think those claims actually have real possibilities," Hamilton said.

McGee's name is not among the more than 300 predator priests identified in the recent grand jury report. But in general, the report notes "there may be more indictments in the future" as the "investigation continues."

"For you, what would justice look like?" Battiste asked.

"McGee in prison with handcuffs," Rodgers said. "And I don't even think there'll be closure-closure then. But it would be a little bit of – redemption, maybe. You know, but I don't think I could ever get closure."

Bishop Trautman's name appeared numerous times in the grand jury report for allegedly concealing other claims of abuse. Trautman, who is now retired, denies all allegations of any cover-ups. A lawyer for the Erie diocese said it will continue to fully cooperate with any law enforcement investigations.