Pedestrian struck and killed on I-94 near 20th street 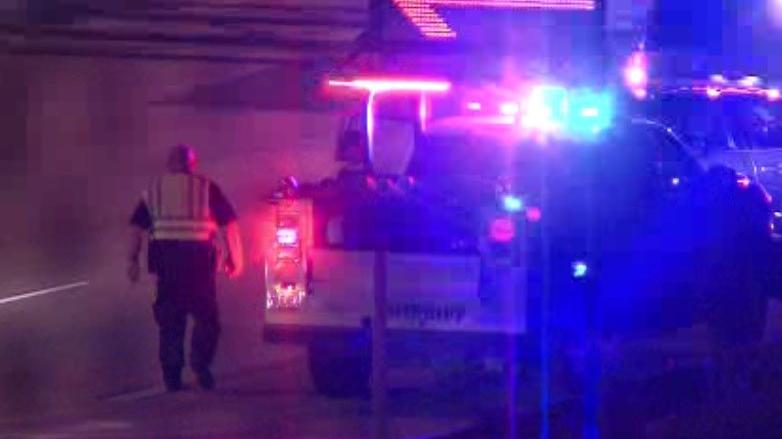 The Milwaukee County Sheriff's Office said a 30 year-old pedestrian was struck on I-94 west near 20th Street around 9:40 PM.

The Milwaukee County Communications Center Received 911 calls about pedestrian wearing black clothing walking on the freeway near the Marquette Interchange, westbound on I-94.

The pedestrian was observed being struck in the lane by a white SUV.

The Medical Examiner's office was called to the scene and confirmed that one adult male died as the result of an the apparent pedestrian/ motor vehicle collision.  The identity of the victim has not been released.

Video showed the driver of the SUV stopped and looked in the area where the pedestrian had landed from the impact, pick up debris that came off his vehicle and exit at 25th Street.

Milwaukee Police Officers received the teletype of the hit and run vehicle's description, and had seen a vehicle matching the description at a gas station. The vehicle was found abandoned at 35th and State Street.

MPD Officers located the driver, Larry Bishop a few blocks away with the keys to the SUV in his pocket.

Bishop, 29 years-old, was from Milwaukee.

Bishop was arrested for Operating While Suspended Causing Death, and Hit and Run Causing Death. The two felony charges carry a maximum total of 31 years in prison.