Peach prices expected to rise 50 percent due to weather 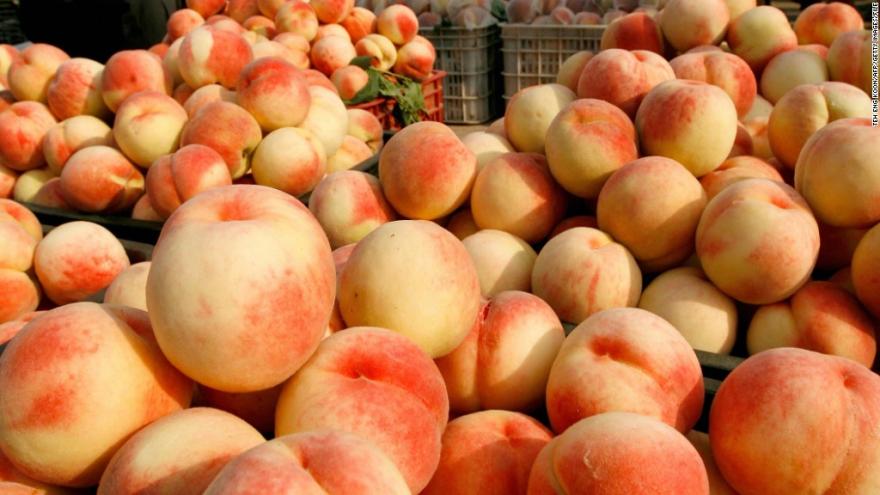 A double whammy of unexpected weather destroyed most of the peach crops in the Southeast.

Last month, wholesale prices for a case of Georgia peaches reportedly rose 50 percent, from roughly $20 to about $30.

Right now, pickers should be harvesting an orchard in Musella, Georgia, and sending its peaches to market. But the peaches are puny and therefore worthless -- and they have plenty of company, reports CBS News correspondent Mark Strassmann.

Tree after tree, orchard after orchard, farmers here tell the same story: no peaches worth picking, a multi-million dollar disaster.

Lee Dickey, a fifth-generation family farmer, knows what a difference a year makes.

This year's crop? Two million pounds, a 75 percent drop.  Dickey, pointing to one of his trees, says its peaches right now should be the size of a golf ball.

"You would hope right now you'd have about four to five hundred peaches of that size on this tree," Dickey said.

But that's not the case.

"And you really don't have any. Like this tree in particular has zero mature or growing peaches," Dickey said.

Here's why. Wacky winter weather confused and then killed the crop. First, unseasonably warm temperatures deprived the crop of needed "chill hours," followed by freezing temperatures in mid-March that stretched across the Southeast.

"That's representative of, you know, hundreds of millions of dollars in Georgia's economy. I really think we're going to see supply drop off after the 4th of July and that will just still mean that we're preparing for 2018," Black said.

2018? Justin Dixon's customers want to order his peach salad this summer. The executive chef at The Shed, a restaurant in Atlanta, has become a peach hoarder.

"We are the peach state, we kind of have to have them," Dixon said.

So, he's grabbing what he can.

"Yeah. Yeah, you stockpile them and you pickle them or you make purees or ice creams or whatever you can before they're gone," Dixon said.

Georgia's prime peach season typically runs June to mid-August. But this year, by early July Dickey expects to have nothing left to ship. For consumers, that could mean a summer that will taste a little less sweet.

Georgia's peach farmers have it bad, but in South Carolina, which actually produces more peaches, they have it even worse.

The same winter weather killed as much as 90 percent of its crop.

Some good news: California, the country's leading peach producer, had a great crop this year.

Foodies who prefer the sweetness of a southern peach may have to settle for watermelon.