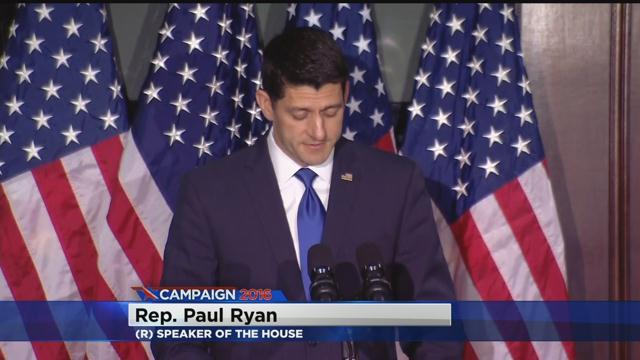 House Speaker Paul Ryan said on Tuesday he wants to put an end to all speculation.

Rep Paul Ryan "I do not want, nor will I accept the Republican Nomination for our party.

Ryan spoke at the Republican National Committee Headquarters in Washington, Ryan announced that he would not enter the presidential race under any circumstances.

There has been recent chatter about drafting Ryan to run if the Republican Convention ends up deadlocked.

The speaker says he is trying to unite the Republican Party.

"Count me out. I simply believe that if you wanna be the nominee for our party for president you should actually run for it. I chose not to do this therefore I should not be considered. period end of story,” Rep.

His aides say Ryan believes a late entry would only further divide the GOP.