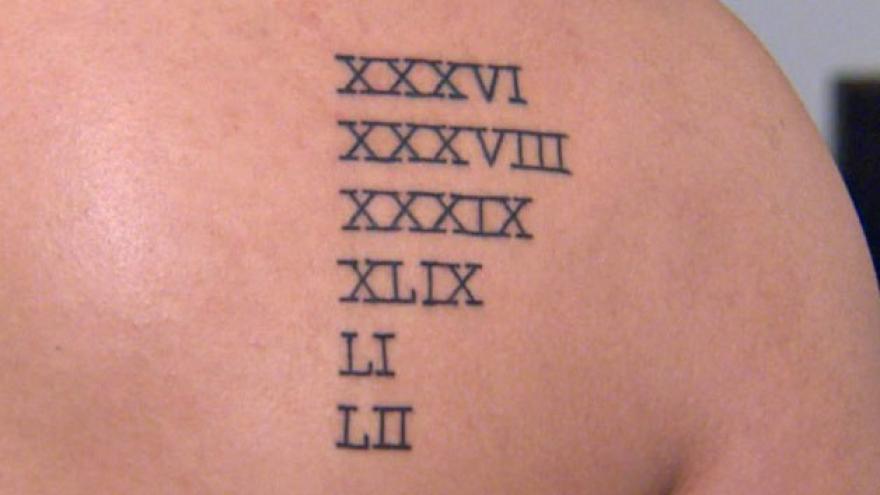 BOSTON -- Northeastern University student Eddie Ferrini is so confident the New England Patriots will win their sixth Super Bowl he hit a tattoo shop over the weekend, CBS Boston reports. "I'm pretty confident they're going to win," Ferrini told the station. "I mean, my friends have always thought I was nuts."

His tattoo brags of the Pats' six Super Bowl wins -- including this Sunday's Super Bowl LII in Minneapolis -- which, of course, hasn't actually been played yet.

A photo of the tattoo has gone viral on Instagram.

"A lot of people thinking I jinxed it, but I don't believe in that kind of thing, so I think we'll be all set," Ferrini said.

Surveys say that roughly one of every five American adults has a tattoo and that roughly 20 percent of those who get one regret it.

When Ferrini strolled into a New Hampshire tattoo parlor, the artist tried to dissuade him.

After all, a so-called "David Tyree moment" -- a reference to the New York Giant whose "helmet catch" in 2008 helped keep the NFC team alive and eventually defeat the Patriots in Super Bowl XLII -- on Sunday might make Ferrini's new ink wishful thinking, despite his Roman numeral backup plan.

"If they do lose, they're going to win next year," Ferrini said. "Add another 'I' on the end."

He has liquidated his savings to fly out to the big game in Minneapolis, hoping to somehow grab a ticket while sleeping in his rental car.

And if the Pats lose, he just might stay.