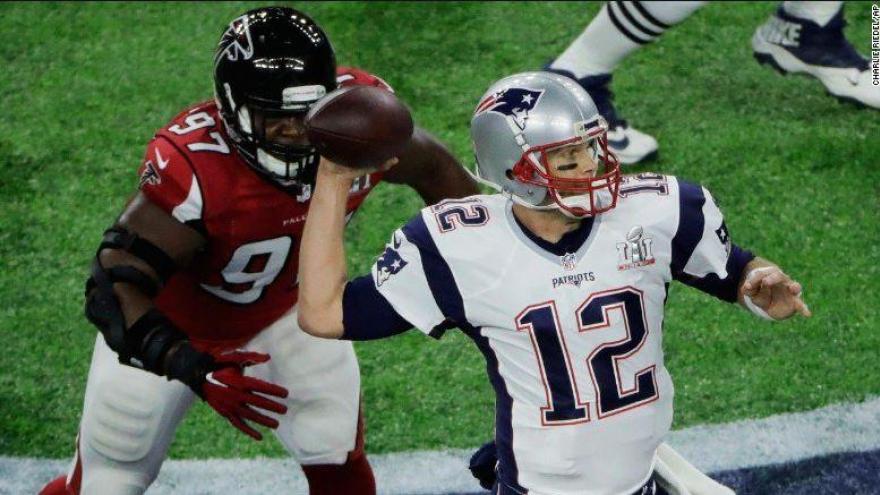 (CNN) For the first time, a Super Bowl needed overtime, and for the fifth time, the New England Patriots are Super Bowl champions.

This time, it took the biggest comeback in Super Bowl history to do it, defeating the Atlanta Falcons 34-28 at NRG Stadium in Houston in Super Bowl LI.

Atlanta had a 28-3 lead midway through the third quarter. But a costly Atlanta fumble by quarterback Matt Ryan with 8:31 left in the fourth quarter helped set up the Patriots to come all the way back.

It was the first time the Falcons had turned the ball over in this postseason.

All five of those titles have come with Brady and head coach Bill Belichick, but this one had some slightly different circumstances. Brady missed the first four games of the regular season, serving his Deflategate suspension that was imposed by NFL Commissioner Roger Goodell.

Ultimately, Brady's absence didn't negatively impact the Patriots, who went on to a 14-2 record and the top spot in the AFC.

New England had returned to the Super Bowl for the ninth time, an NFL record, with Belichick and Brady leading seven of those appearances.

This was just Atlanta's second appearance in its 51-season history. The team first came in the 1998 season, when the Falcons lost Super Bowl XXXIII 34-19 to the Denver Broncos.