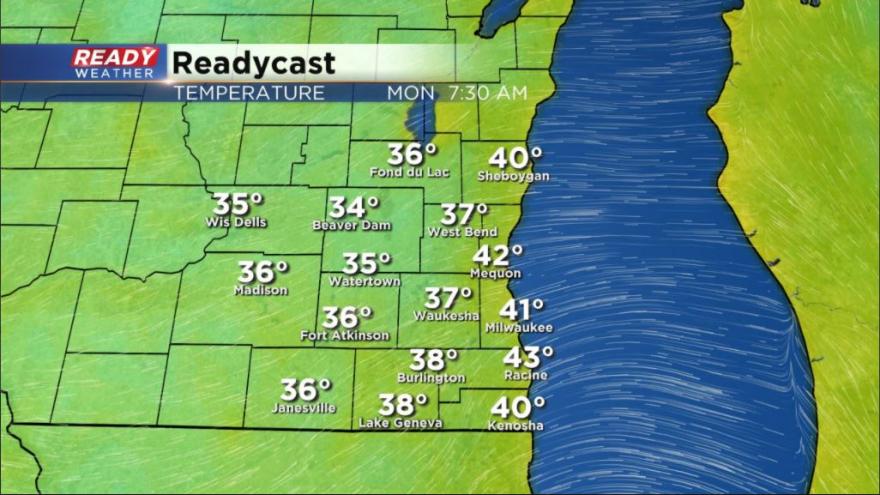 After a backwards Sunday where the high temperature happened at 3 a.m. and the low happened just before noon, temperatures will continue their downward trend Sunday night. Temps are expected to be the coldest of the season with middle 30s inland and around 40° near the Lake. A few isolated lower 30s near freezing may be possible.

Some frost may be possible, especially inland, but it is not expected to be widespread enough to warrant a frost advisory. An advisory has been issued for areas around Wausau. 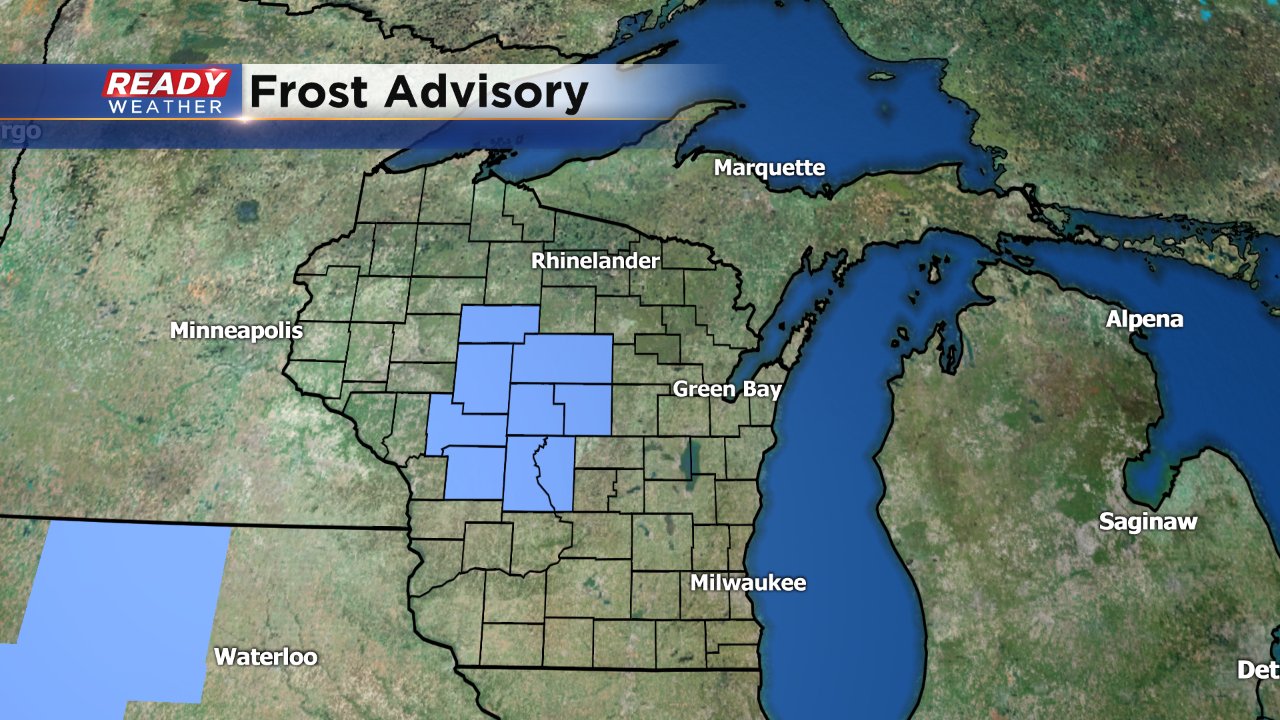 This is right around the time of year that we start to see temperatures dip into the 30s. In Milwaukee the average date for the first day at or below 32° is October 20. The latest we've ever had our first 32° was November, 24 set back in 1931. Inland communities usually have their first freezing day during the first 10 days of October and northern parts of the state see it at the end of September. 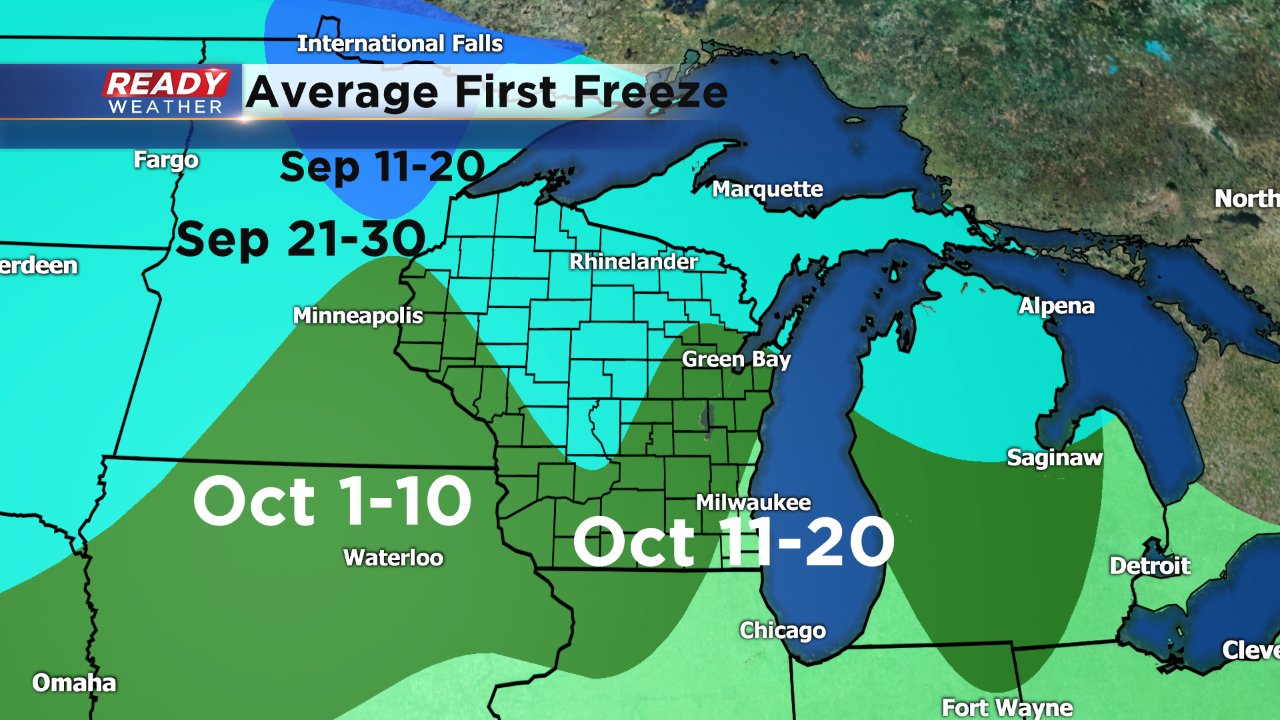 After Monday's chilly start temperatures warm around average in the lower 60s for highs Monday before returning to around 70° for the rest of the week.