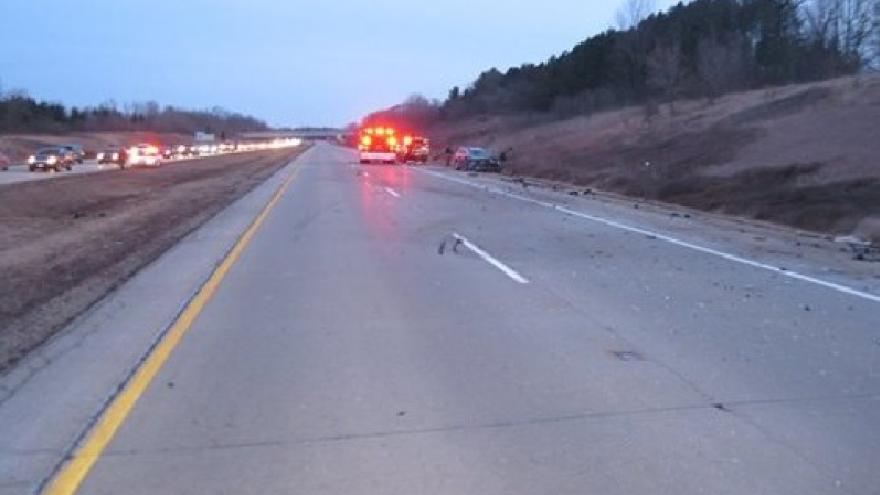 Around 4:45 p.m. the Sheriff’s Office was notified that the car crossed the center line and hit a car going south head-on. The victim's car briefly caught fire but was put out by a witness with his personal fire extinguisher.

The possibly impaired driver was taken to St. Joseph's Hospital and then flown by Flight For Life to Froedtert. The driver of the car that was hit is being treated for non-life threatening injuries.

Highway 45 south was closed for over an hour to clean up the crash.

Police do believe that the driver identified as a 30-year-old Milwaukee woman was impaired. The driver of the other car was a 52-year-old Jackson woman.