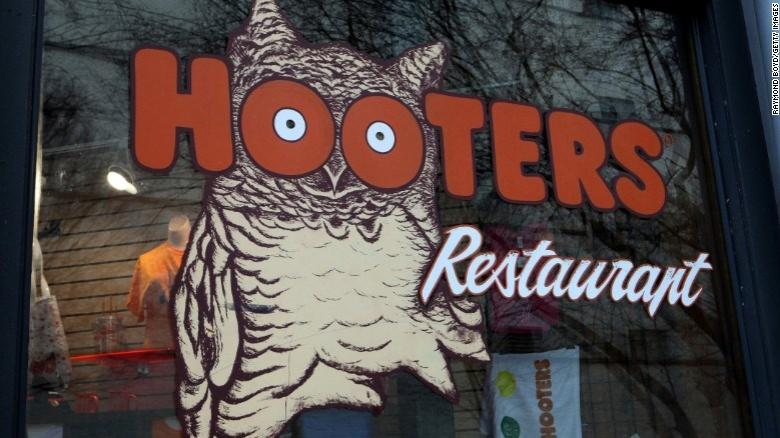 CNN)Strange bedfellows indeed. Organizers of a Colorado Cub Scout camp were bombarded with questions -- and more than a little rage -- when parents found out the event was sponsored in part by a local Hooters. And it wasn't just the sweet, sweet wing money they were contributing. A few Hooters girls even showed up in company gear to volunteer at the Denver event.

It's not exactly a perfect marriage of interests, and some parents told CNN affiliate KMGH they were shocked to find the camp they were paying for had involved the famous breasts 'n' thighs joint. Some even said they found pictures of their boys online, posing with the Hooters girls who had worked the camp.
Michelle Kettleborough was one of the moms who found the arrangement odd, and she told KMGH she spied the telltale orange regalia as she was picking up her son last week.
"I take a look and I'm like, 'Are they wearing Hooters visors? Wait a minute."
Kettleborough said she later found pictures of her son on the Hooters Colorado Facebook page. As of Wednesday a few remain, showing girls in Hooters-branded gear posing with young boys and adults at a "Take Flight" Cub Scout camp event. (None of the women appear to be wearing the iconic white tank top and orange shorts that make up the typical serving attire.)
In a statement given to CNN, the Denver Area Council of the Boy Scouts of America apologized for what it called "wrong attire" worn by some camp volunteers.
"An area restaurant extended support to help make a local Cub Scout Day Camp possible and provided volunteers for the camp," the Council said. "One group of trained volunteers mistakenly wore the wrong attire and it was addressed by our Council leadership."
"The Boy Scouts of America relies on millions of dedicated volunteers and we are very appreciative of their commitment. We extend our apologies for this mistake and look forward to continuing our mission of serving youth in the Denver area."
Would it surprise you to know the partnership actually had a fair amount of supporters? It did, judging from Facebook comments on the Colorado Hooters and Boy Scouts of America, Denver Area Council Facebook page. (It goes without saying there was criticism as well.)
"Looks like the kids had fun and that's what's important," one woman wrote. "Hooters was willing to donate the money and volunteers for these kids to be able to enjoy this event."
"I would wear the same thing if I were working at an outdoor camp," another woman wrote next to a picture of some Hooters girls in cutoff jean shorts and zip-up sweatshirts.
One man summed up his feelings rather succinctly: "Hooters is about as inappropriate and controversial as a beige Toyota Camry."
Share this article: