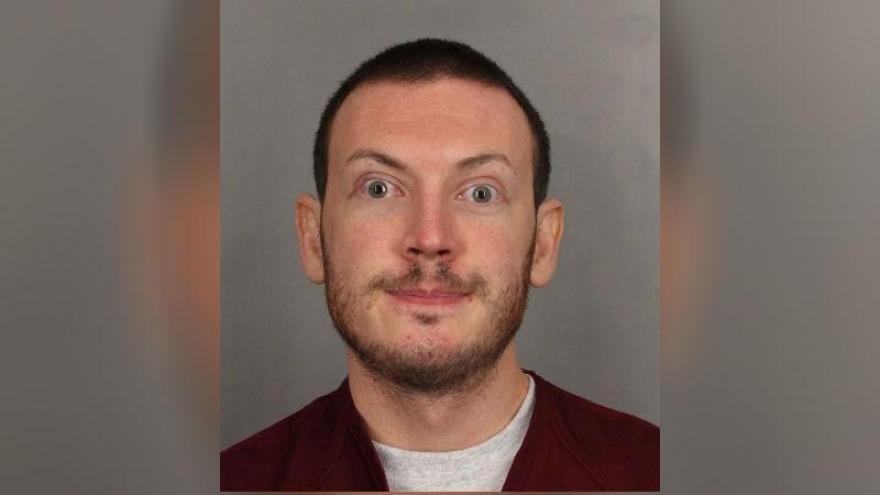 "We do not know how many victims of the theater shooting would like to see our son killed. But we are aware of people's sentiments," Robert and Arlene Holmes said in the statement published Friday in The Denver Post.

The statement comes a month before jury selection in Holmes' trial is scheduled to begin.

Holmes, 27, is accused of opening fire inside a movie theater on July 20, 2012, during a midnight showing of the Batman film, "The Dark Knight Rises."

According to police, Holmes -- dressed head to foot in protective gear -- tossed tear gas canisters into the theater, then opened fire with an AR-15 rifle, a 12-gauge shotgun and at least one of two .40-caliber handguns recovered at the scene.

By the end, 12 people were dead, among them a 6-year-old girl. Another 58 were wounded.

He pleaded not guilty by reason of insanity in June 2013.

In a court filing last year, Holmes' attorneys said the former doctoral student in neuroscience was in "the throes of a psychotic episode when he committed acts that resulted in the tragic loss of life." Through his attorneys, Holmes has offered to plead guilty in exchange for life in prison without parole.

Holmes' parents said they disagreed with that sentiment in their statement, which their lawyers said was the first time they had spoken publicly on the case.

"We believe that the death penalty is morally wrong, especially when the condemned is mentally ill," the couple said.

In their statement, they said they not only wanted prosecutors to accept a plea deal to spare their son's life but also to prevent a trial that could stir up painful memories of the 2012 attack.

"If that happened, our son would be in prison the rest of his life, but no one would have to relive those horrible events at a trial the media has permission to televise," the couple said.

A spokeswoman for the prosecutor's office declined comment Friday.

"Any comment by the prosecution at this time could negatively impact the fairness and integrity of the proceedings, which are scheduled to begin next month," spokeswoman Michelle Yi said.

Shooting survivor Marcus Weaver responded Friday to the parents' letter, saying, "What are we saying as a society if there is anything less than the death penalty?"

Weaver said, "James Holmes has been forgiven by me personally, but he will still have to answer to the people of Colorado for the horrific act that he carefully orchestrated."

Jury selection is set to begin in Holmes' trial in late January, with opening statements set for early June.