Parents ask for Leniency after Sons Admit Plot to Kill Them 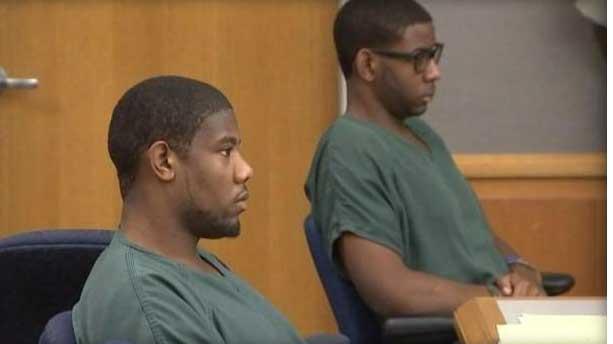 ATLANTA (CBS NEWS) — Two brothers who attacked their parents inside the family’s suburban Atlanta home have each been given 20-year prison sentences after pleading guilty Monday.

The Atlanta Journal-Constitution reports that Cameron and Christopher Ervin both pleaded guilty to several charges, including kidnapping and aggravated assault.

Yvonne Ervin told a 911 dispatcher her sons were trying to kill her and had also attacked her husband. She said they put Xanax in their parents’ drinks before the September 2015 attack. Cameron Ervin was 17 at the time, Christopher Ervin was 22.

According to the Atlanta Journal-Constiution, the brothers waited for their parents to fall asleep, cut a gas line and lit a candle in an attempt to blow up the house. When that failed, they went back inside and tried to smother their parents before beating their mother with a rifle and stabbing their father more than 10 times, the paper reports.

Officers said they found a bloody scene inside the home, and their father Zachary Ervin emerged from the garage covered in blood. Both parents recovered and have since advocated on their sons’ behalf. They reportedly took the stand at Monday’s hearing to ask for leniency, saying their sons had shown genuine remorse and were “reedemable.”

Prosecutors had asked for 30 years for the two men, but their parents asked a judge for a minimum sentence of 10 years, the paper reports.

“That night, being in that room, being in that house that night, I saw Satan,” Zachary Ervin said, the paper reports.  “And I knew shortly after that that what had happened to us wasn’t my sons. And that’s why I’ve been able to stand with them to be advocates for them.”