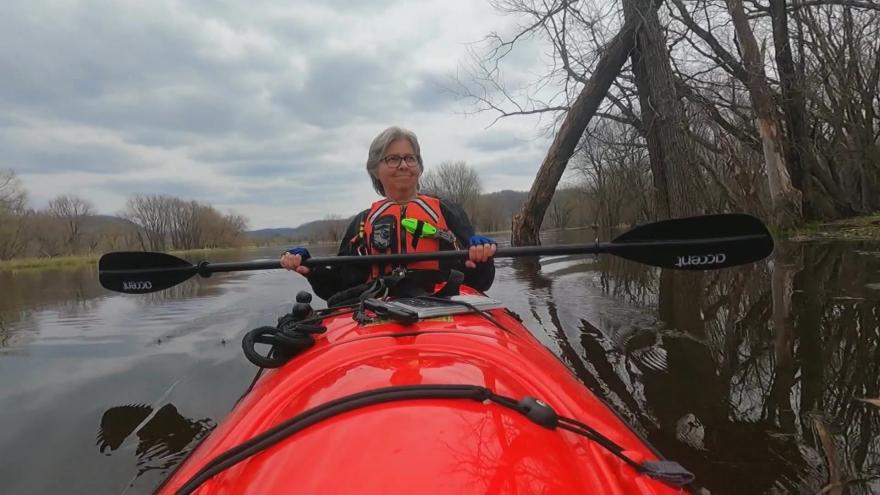 WISCONSIN (CBS 58) -- A 68-year-old Wisconsin woman is making the trek of a lifetime.

She is attempting to kayak nearly 2,400 miles down the Mississippi River.

But her mission is about more than just the adventure.

Bobbi Rathert says she is paddling for hope.

She is teaming up with Hope Restores, a LaCrosse-based African American resource and community center.

To support the mission, you can pledge per mile or simply donate on behalf of Bobbi.

"Some people say it takes 900,000 paddle strokes, like this," said Rathert. "I'm going to give it about a million because you know, I'm smaller and older, and I'm not going to rush. For each of those strokes, I'm going to try to remember Paddling for Hope."

Rathert expects to launch from the Mississippi source waters later this month.

She hopes to reach the Gulf by Labor Day.