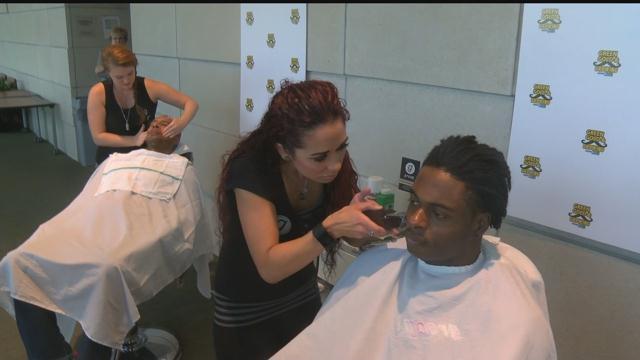 ‘Movember,’ it is a movement that has gained international attention. Men shaving their beards and then growing them out for the month of November to bring awareness to prostate cancer.

Among those participating this year are Packers wide receiver Davante Adams and Packers Hall of Famer Dorsey Levens.

They helped kick off the annual at Froedtert Hospital Tuesday morning in an event titled ‘Green, Gold, and Grow.’

“Men are terrible. If it’s not really killing them, they won’t get checked out,” Adams said, which is why he decided to do his part to spread the message.

Prostate cancer is  one of the most treatable forms of cancer, but the second leading cause of cancer death in men with nearly 30,000 losing their lives every year.

“It’s really important for black men or middle age because I fall in that category. We have one of the highest percentages of getting prostate cancer in the world or of any race. 60% higher than any other race,” explained Levens.

In front of a crowd, the two were given a complete shave and will grow it out for the entire month.

Whether you can grow facial hair or not, everyone is encouraged to participate by posting a picture onto social media and use the hashtag #GrowYourSupport.