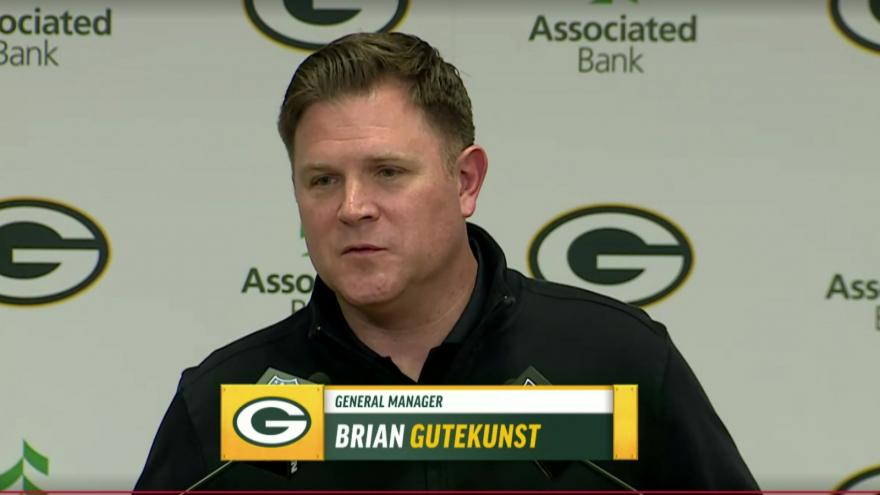 GREEN BAY, (CBS 58) - Normally, a week out from the NFL Combine the Packers focus is all on the future prospects that can join the team. But there are a few more things to address this offseason.

Similar to last season, the Packers front office remains optimistic that Aaron Rodgers will return to the team. Rodgers has said a decision on his future won't take long. Packers General Manager Brian Gutekunst says the earlier the better, but the team isn't giving Rodgers a set date for a decision.

"We're working together. We aren't putting deadlines on anything. Again, there are some timing things that will come into play where we have to make decisions down the road but Aaron is well aware of that. Like I said, the communication has been really good," said Gutekunst. "He's very well aware of our timeline. So I'm hopeful those things will happen the way they are supposed to and I believe they will."

The next most important player on the offensive side of the ball is Davante Adams. He has stated in the past he wants to be the highest paid receiver in the league. But with all of the cap issues, the Packers could only be able to give him the franchise tag. The deadline for that is set for March 8th, but it's more of a last resort.

"We'd certainly like to come up with a long term deal that works for both sides but that's again a hypothetical where a lot of things have to happen before we get to that point," said Gutekunst.

Gutekunst was asked about key additions from last year and whether or not players like De'Vondre Campbell or Rasul Douglas would be back. He did not want to get into any specifics there but did confirm the restructuring of Kenny Clark's contract. A move that reportedly opened nearly 11 million in cap room. Gutekunst said that was the first of "many more" that the Packers may do on an as needed basis. But he said the team won't become a "fire sale" and be cutting a bunch of players.

He says he feels confident whether the Packers have a large cap hit from Rodgers or Adams, it won't stop the team from keeping enough players to stay competitive. He also says if one or both of them are not on the Packers, he feels the same way.

"We're gonna field a competitive team regardless. We're the Green Bay Packers and I feel we have a really good team in front of us," said Gutekunst. "You may have to do things different ways if those hypotheticals come into play. We'll see where it goes but I like the nucleus and core foundation of our football team"