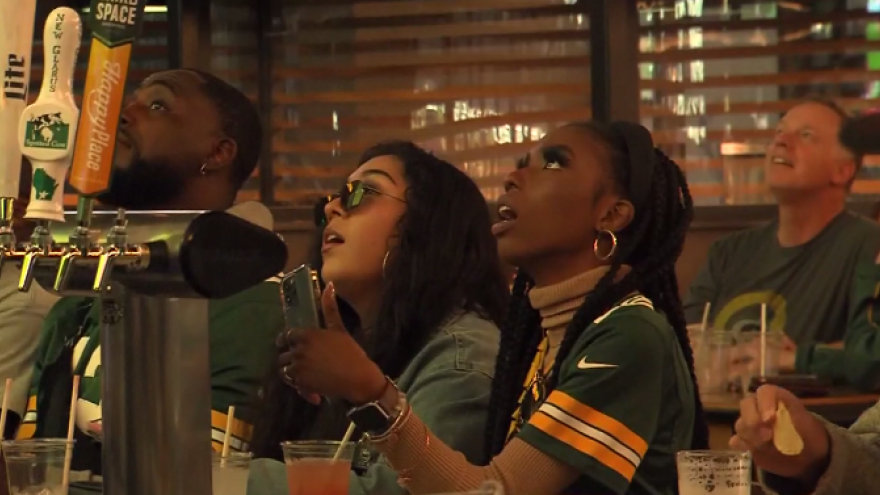 MILWAUKEE (CBS 58) -- With the Packers loss to the Kansas City Chiefs Sunday night, there's a lot of opinions flying around about how the game might've gone had Aaron Rodgers been on the field, and how the team did without them.

CBS 58 spoke to fans watching the in the Deer District on Sunday, Nov. 7, and, overall, these fans haven't lost all hope in the green and gold.

"I think [Rodgers] deserves a lot of credit for maybe having the most successful façade of a dumb guy pretending he's a smart guy," said Packers fan Beau Hering.

Many fans had strong words about Aaron Rodgers not taking the field to face the Chiefs Sunday night, others were just disappointed.

"I think he should've been a team player, I think some of the accountability needs to fall back on the Packers and NFL organization as well," said Packers fan Betsy Reuteman.

Some fans felt that personal health decisions like COVID-19 vaccination have no place getting national attention like Rodgers' has.

Other fans were more focused on how Jordan Love would do his first time on the field.

"I like some of the things I've seen from Jordan Love so far," said another fan, Stephen Wagner.

Wagner said he thought Love could've used more support from the rest of team, but he said he sees potential.

"His throws have been pretty accurate, he just needs some more confidence," said Wagner.

Even after the loss, fans were hopeful for the future of the team.

"It was a really close game, I think we have a new quarterback," said fan Paul Radcliffe.

He hopes that moving forward this all can be put behind them.

"Aaron needs to realize it's not about him, it's about the team," said Radcliffe.