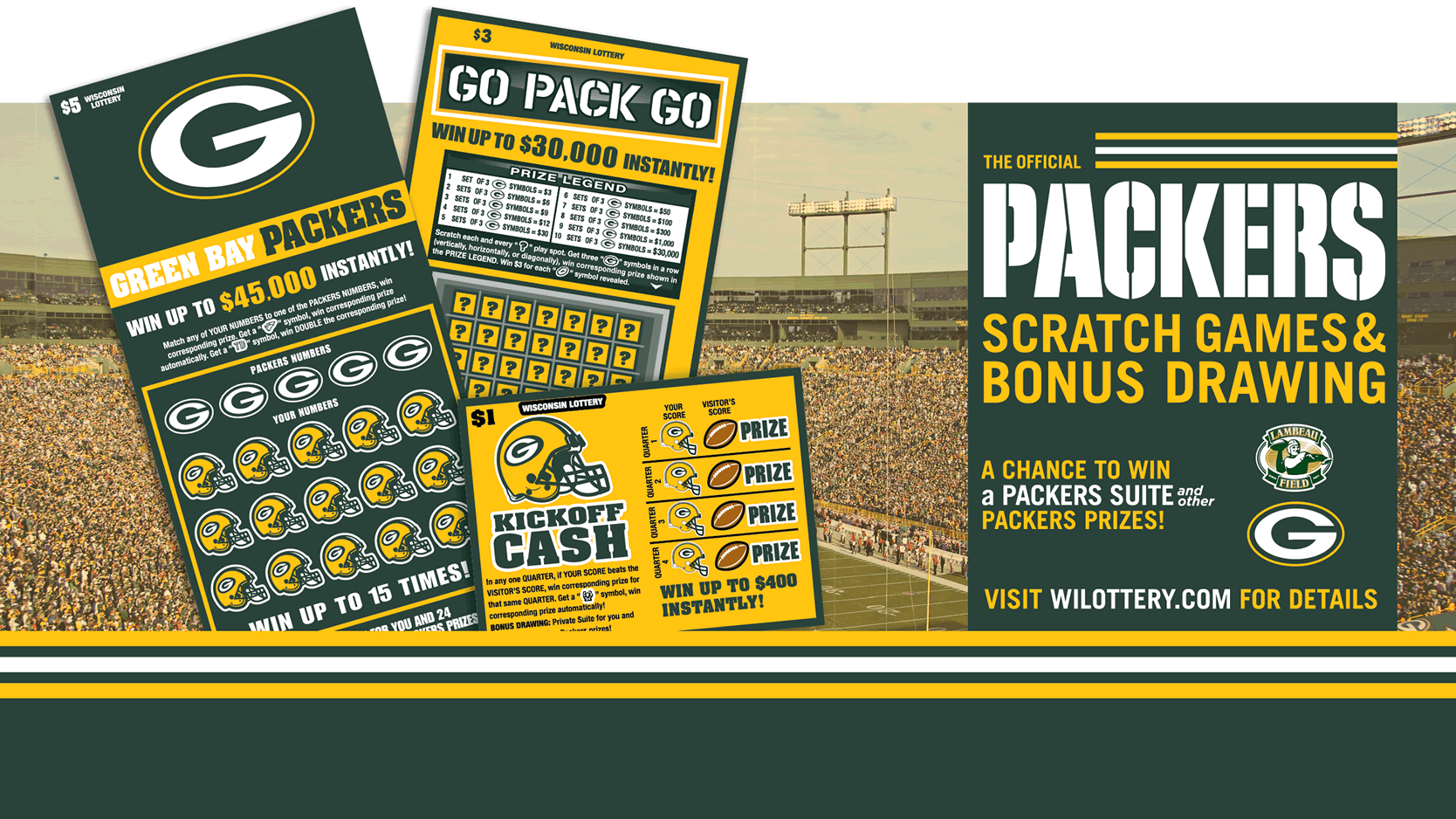 The scratch tickets are now on sale, with a grand prize package that includes tickets for the winner and 25 friends to a 2017 regular season home game in a Legends Suite with food, non-alcoholic beverages, a visit from a Packers alumnus and transportation to and from the game in a limousine or motor coach.

Three different scratch-off tickets, the $1 "QB Cash” ticket, the $5 "Lambeau Luck” ticket and the $10 "Green Bay Packers," ticket are available now throughout the state, with the $10 ticket having a cash prize of up to $45,000.