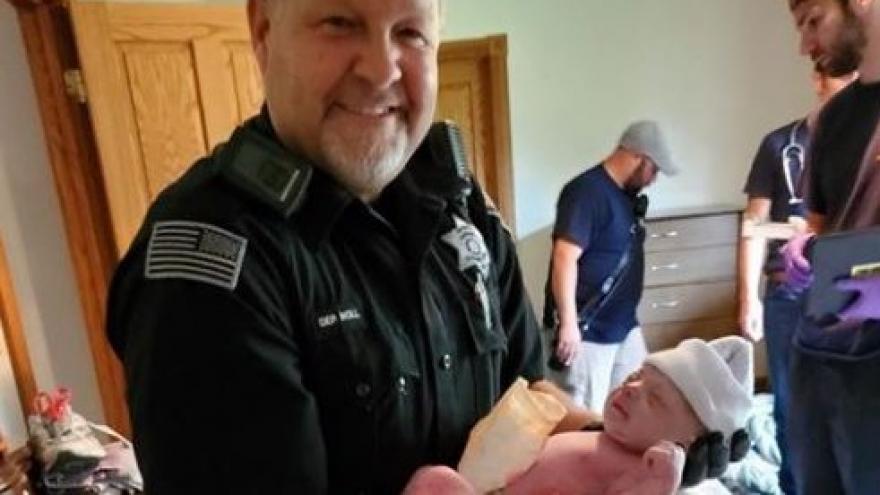 OZAUKEE COUNTY, Wis. (CBS 58) -- A deputy with the Ozaukee County Sheriff's Office was honored Thursday after helping a mother deliver a baby on Sunday.

"I was scared. I was scared, I was like I'm not gonna get to the hospital, oh my God!" said new mom, Brianna Hackbarth.

Hackbarth was at home in the Town of Fredonia Sunday and she knew her baby was coming very soon. Deputy Ron Noll, who has been trained in delivering babies responded and said while he was nervous, the birth turned out to be pretty smooth.

"When he walked into the door I said 'Help me, sorry, I'm having a baby.' That's all I said to him," mother Brianna Hackbarth said.

The whole process only took a few minutes and baby Henry now has a great story to tell when he grows up.

Deputy Noll described the experience saying that after the baby boy was delivered and took some breaths, it was "the best feeling in the world."

Deputy Noll was awarded a certificate and a stork pin.

OZAUKEE COUNTY, Wis. (CBS 58) -- A member of the Ozaukee County Sheriff's Office responded to a unique call over the weekend.

Deputy Noll wound up helping a mother deliver a baby on Sunday.

The baby's name is Henry, and he decided to enter the world before his mom could get to the hospital.

According to the Ozaukee County Sheriff's Office, Henry and his mom are doing well.