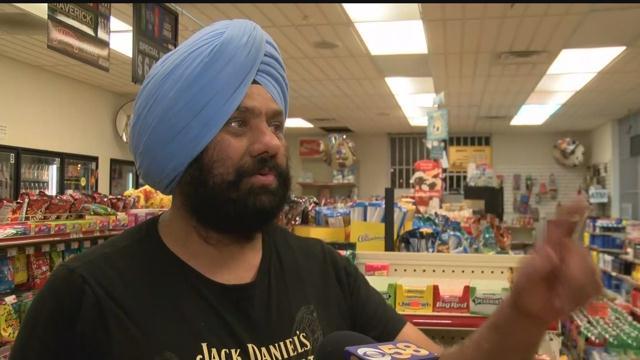 The family of the one-month old baby who was in the back seat of a car when it was stolen yesterday are grateful the baby is okay.

CBS 58's Amanda Devoe spoke with them today, along with the family of the person who found the car and called police.

CBS 59 talked today with a Milwaukee woman who got a call from her daughter-in-law after she found the empty car with the baby inside over three miles from here.

The women said that baby Taratino Carter was peacefully sitting in the car when he was found.

The car was taken, around 6:00 Sunday evening at A&S gas station on West Good Hope Road.

Police said the mother ran into the store to pay for her gas and left the keys in the ignition when a man hopped in her car and took off.

CBS 58 spoke with the owner of the gas station yesterday and here's what he had to say.

“I took her in my car and I tried to tell her ok let's chase him. She was on her my phone and she called and gave out the description of the car and the child's description and we went on the road speeding up to 70 miles per hour just to chase the car,” said Lindergeet Singh.

Police are still working on finding the suspect, but they do have some strong leads.