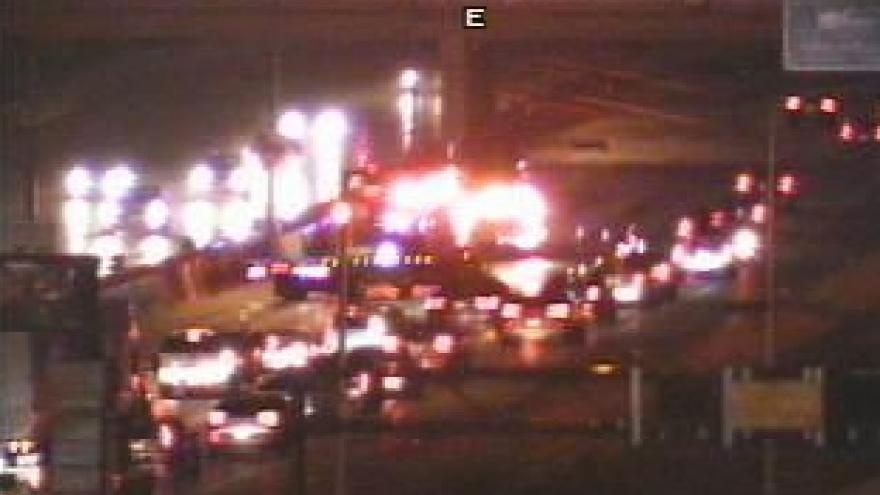 MILWAUKEE (CBS 58) -- Saturday morning around 10:55 a.m. a Milwaukee County Sheriff's Deputy's squad car was hit on the freeway as it was slowing traffic to protect the scene of another crash from the west to the south in the Mitchell interchange. Three to four squads are needed to shut down and protect the scene at this location due to the curvature of the road and the excessive speeds of motorists.

The squad’s lights and siren were activated when a car traveling behind it rear-ended the squad. The driver of the car that hit the squad was not injured but the Deputy needed medical attention for neck pain.

Between 4:00 a.m. and 7:00 p.m. Saturday Sheriff's deputies responded to 53 crashes and 15 disabled vehicles. At one point the DOT recommended drivers avoid the freeways completely due to a high number of crashes and the slippery conditions because of the heavy rain.

The Greenfield Fire Department tweeted out Saturday evening that they had responded to seven crashes in the Mitchell Interchange since noon. Four of those crashes involved injuries.

Heavy rain was expected to continue until Sunday morning.