Status of Glendale teen changed from "missing" to "endangered"

NOW: Status of Glendale teen changed from “missing“ to “endangered“

GLENDALE, Wis. (CBS 58) -- The status of a 16-year-old girl reported missing in Glendale has been changed from "missing" to "endangered."

Teenasia Scobey-Polacheck, 16, was last seen at her home on July 1 after a fight with her adopted parents. She's been missing ever since.

The girl's biological mother lives in Milwaukee and has been contacted by police. Police have investigated unconfirmed sightings in Milwaukee.

The 16-year-old is now registered with the National Center for Missing and Exploited Children. A group of citizens is planning to canvass neighborhoods to see if any more information about Teenasia can be found.

Anyone with information about Teenasia's disappearance is asked to call Glendale Police at 414-228-1753.

GLENDALE, Wis. (CBS 58) – Teenasia Scobey-Polacheck, 16, took off from her Glendale home on July 1st and her family hasn’t seen her since.

“Our hearts are breaking that maybe you are not safe, said Annemarie Scobey- Polcheck, mother. 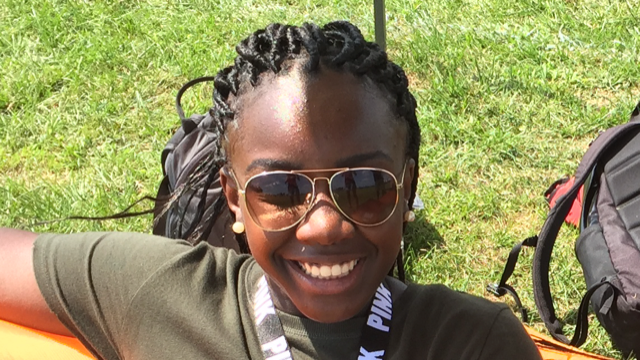 According to the family, Teenasia was angry after they took away her phone when they found out she was communicating with an older guy.

“We are concerned that any young girl in the streets of any city is at risk of adult men taking advantage of her. It’s our biggest concern, it’s gone beyond a little bit of space and into dangerous ground and we are worried about that,” Scobey-Polacheck said.

Since she took off, the family learned Teenasia went to another family’s house in Whitefish Bay and stayed for five days. Scobey-Polacheck said they did not know the family.

The Whitefish Bay family dropped her off near the Boys and Girls Club in Milwaukee.

Last Thursday, the family got an email from Teenasia. She told them she was fine and needed space but the family has not heard from her since. On Monday, police got a tip from a woman near 16th and Center. She told police that she spoke with Teenasia but didn’t know she was missing.

“We just want you to come home, we want you to be safe. You have such a bright future and we can get through anything as a family,” said Bill Scobey-Polacheck, father.