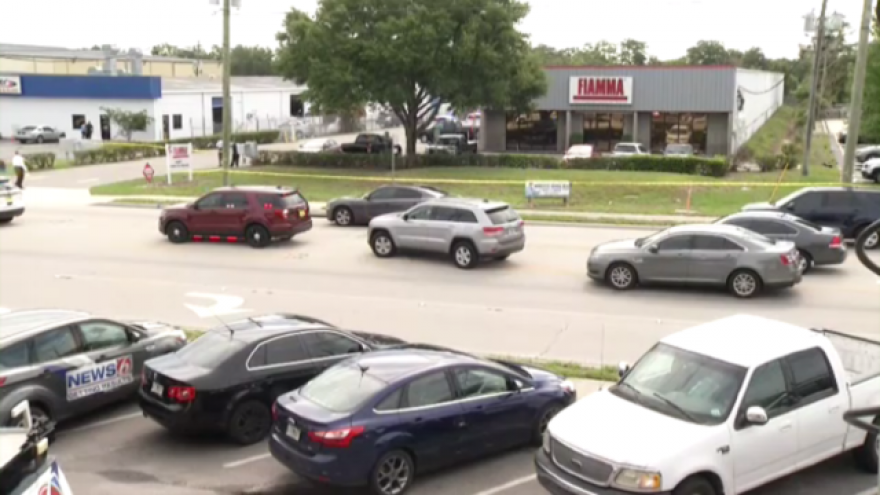 ORLANDO, Fla. -- A disgruntled former employee opened fire inside a Florida awning manufacturer on Monday, killing five workers there and then killing himself, officials said.

The gunman was armed with a knife and a gun but did not stab anyone, Orange County Sheriff Jerry Demings said during a news conference. Demings said the shooter - who had been fired in April and had been previously accused of assaulting a co-worker - was not believed to be connected to any sort of terror organization. Demings characterized the shooting as a likely "workplace violence incident."

The unidentified 45-year-old shooter was not charged when he was accused of battering the co-worker at Fiamma Inc. in June 2014, the sheriff said. The alleged victim in that incident was not among the victims Monday, Demings said.

Police found three men and one woman dead at the scene, Demings said. A fourth man was taken to a hospital, where he died. Seven people survived the shooting and were being interviewed by police.

Shelley Adams said her sister, Sheila McIntyre, called her from the company's bathroom during the shooting and was very upset.

She kept repeating "My boss is dead. My boss is dead," Adams said after state and federal law enforcement authorities converged on the industrial park in Orlando.

Police were called at around 8 a.m. by a woman who ran from the awning business, saying the gunman had told her to leave. She used the phone of a tile business across the street to call 911, said Yamaris Gomez, the tile store's owner.

After 9 a.m., the sheriff's office said on Twitter that there were "multiple fatalities."

Fiamma Inc. calls itself one of the largest manufacturers of awnings for camper vans, motor coaches, and sports utility vehicles.

Gov. Rick Scott said he had been briefed by law enforcement and that he and his wife, Ann, "are praying for the families who lost loved ones today."

"I ask all Floridians to pray for the families impacted by this senseless act of violence," he added.