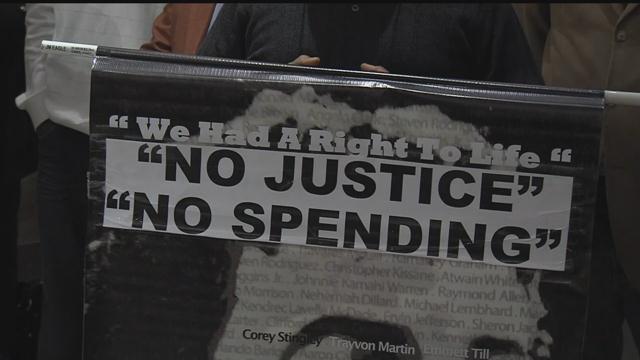 The Coalition for Justice and all their community partners announced at Milwaukee City Hall on Tuesday a call to boycott Black Friday and all holiday shopping.

It's part of the national campaign "Justice or Else."

Local churches, the NAACP, and other organizations are also taking part.

The movement was inspired by Dr. Martin Luther King, when he made a call to action after the church bombings in 1963.

The Hamiltons called for a similar boycott last year as they marched through Grand Avenue Mall and the concept is the same as it is this year.

An economic withdrawal that begins on Black Friday that extends through January 2.

That's a time when retailers across the country make most of their money and those part of the movement want to hit the economy Where it hurts after an especially violent year for police brutality in black communities nationwide.

"We want to read distribute the pain, Dr. King used that term, Dontrae Hamilton, the Hamilton family are in pain, Brother Craig Stingley and his family they're in pain for the loss of Corey Stingley, Derek Williams' family is in pain, this is all local," said William Muhammad, Youth Minister.

And it's important to emphasize that this is a national movement cities across the country are also taking part in the boycott, activists said they to hit the economy where it hurts to show that black lives and black dollars matter.