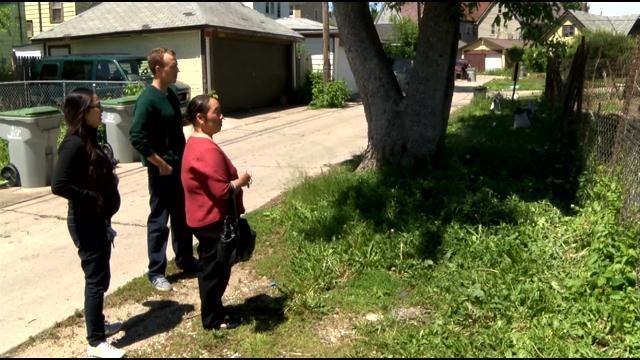 The Washington Park Partners organization is encouraging farmers who garden to sell in two new farmers' markets in Milwaukee's north side. Phoua Van, sustainable communities' coordinator, said it's an effort that started about five years ago for people who live near Washington Park.

On Tuesday (June 2) Vang posted a notice in an urban farm she found in an alley.

\"We're trying to convince them to come out of their homes, come out of their gardens and join the rest of the neighborhood in other opportunities to not only improve their household but also increase resources for their community overall,\" Vang said.

Vang said people in that neighborhood live in a “food desert.”

\"In order for families to access fresh produce, they have to travel a little bit of a ways if transportation is an issue then they end up kind of just waiting,” Vang said.

Ar Thao is one of these farmers. She's been growing her own food for 17 years. She speaks Hmong, but Vang translated.

\"I grow for my family and for acquaintances, who many not have enough food,” Thao said. “If they know me and they request it, then I just give it to them.\"

It will be her first time selling at a farmer's market.

\"Been hesitant the years prior just to see if people like the items that I'm selling, but I'm taking a chance,\" she said.

This effort is all about neighbors helping neighbors and a way for them to make some extra money.

\"Washington Park Partners has been working with residents really just to recruit people like Ar to allow neighbors to be part of that solution that they've created,\" Vang said.

They hope to also expand both farmers' markets to include music, arts and crafts.