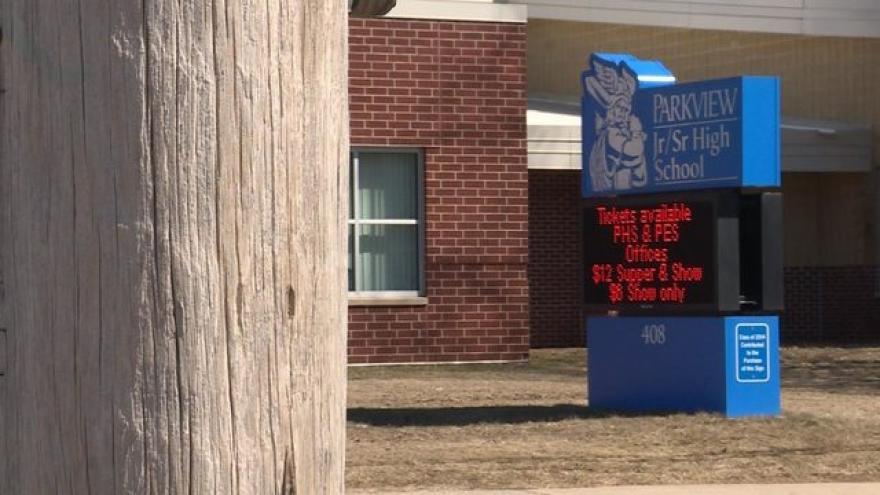 ORFORDVILLE, Wis. (WISC) -- The Orfordville Village Hall will soon be the spot where Parkview High School keeps its guns for its new trapshooting team.

Parkview School District Administrator Steve Lutzke said this is the first year Parkview High School has its own team. Before, students were part of Beloit’s club.

“We started practice a couple weeks ago,” Lutzke said. “They have their first meet on Sunday in Edgerton.”

The Parkview Clay Schwackers recently received a grant for 10 shotguns, a steel safe and safety equipment, according to Lutzke.

“Just for safety reasons, we didn’t necessarily want to keep all the weapons on school property,” Lutzke said. “So we approached our police chief and asked if he felt the village had a safe, secure location.”

He said there’s a state law that requires mandatory expulsion if a student has a weapon on school property.

“The state law is pretty strict about that, so we don’t want the kids to bring the weapons to school even accidentally or without malicious purpose,” Lutzke said.

Orfordville police Chief Brian Raupp said he had no problem with the district keeping the gun safe at the police department, which is inside Village Hall. He brought the idea to the Village Board, and the members unanimously approved the request at the board meeting on Monday.

“If they feel more comfortable with it being here, I’m OK with that,” Raupp said. “The village will do what we can to support the school district, so keeping the guns here, to me, makes better sense.”

He said the gun safe will be kept in a secured storage area on the police department side of Village Hall. Only the coach and district administrator will be allowed to check out the guns, according to the chief. He said he will keep pictures of them on hand to make sure there are no questions when they come to get the guns.

Lutzke said most practices and shooting competitions happen over the weekend, so he or the team coach would check the guns out on Friday and return them on Monday. He said the students would only be allowed to use the guns at practice or meets. The administrators would keep the guns at their homes all other times.

The district administrator said many of the students on the team have their own guns, but there are a few who will need to borrow one from the school. He said he’s hoping the club grows as more students take interest.

“It’s a nice activity. One of the draws is it’s different from a sport like football or baseball, and we’re trying to become more well-rounded for activities for kids who don’t necessarily want a traditional sport,” Lutzke said. “I think about half the kids who are shooting right now don’t participate in another activity at school, so we’re increasing our student engagement in extracurriculars.”

Lutzke expects the gun safe to arrive in the next week but said the guns might not arrive until June.