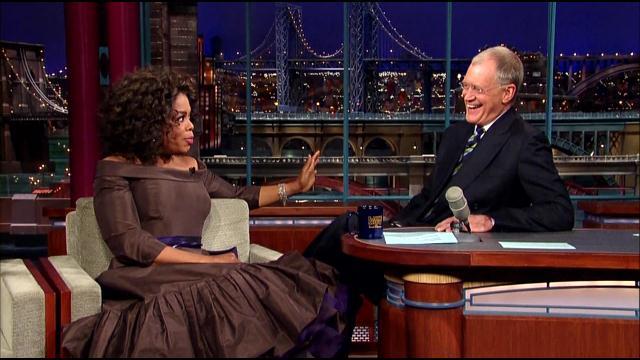 We have a special connection with David Letterman.

After all, one of the fictional home offices from where his Top Ten List originated was Milwaukee.

On Wednesday the final Top Ten List will be read as Letterman says goodbye after 33 years.

\"Because of him the whole culture has a top ten list,\" said iconic talk show host Oprah. \"Because of him we all do our own stupid pet tricks with our own pet. Sometimes he could be a jerk. In spite of that everyone wanted to flirt with him.\"

\"At least everything I do was heavily influenced by him,\" admitted Kimmel.

Film actress Julia Roberts said anytime you were on his show it was a crap shoot. You didn't know if you would click with him or he would filet you like the daily special.

\"It's not possible to emulate him,\" declared Roberts. \"But I think you see the guys you do today only because there is a David Letterman.\"