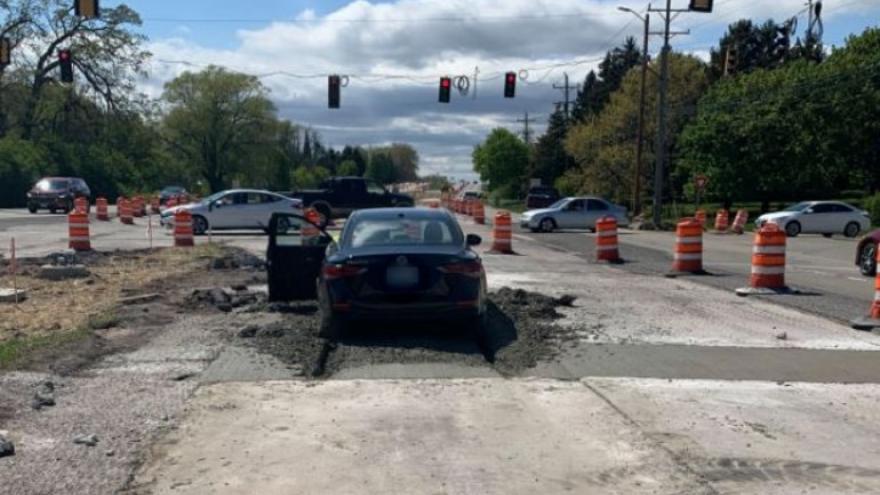 CALEDONIA, Wis. (CBS 58) -- An out-of-state driver found themselves in a sticky situation in Caledonia on Monday, May 10.

Police say a woman driving a rental car was "slightly confused" by signage in a construction zone on State Highway 38 and Newman Road -- where a resurfacing project was going on.

The driver reportedly misconstrued the freshly poured concrete for a turn lane, and she drove directly into wet concrete.

"The vehicle obviously became entrapped, much to the dismay of the project workers," Caledonia police said in a Facebook post.

A tow truck had to help remove the car, and the concrete truck used its hose to clean out the vehicle's wheels. The car was then taken to get a wash before the concrete could harden.

The woman was cited for inattentive driving.

Workers were able to re-pour the concrete shortly after the vehicle was removed.