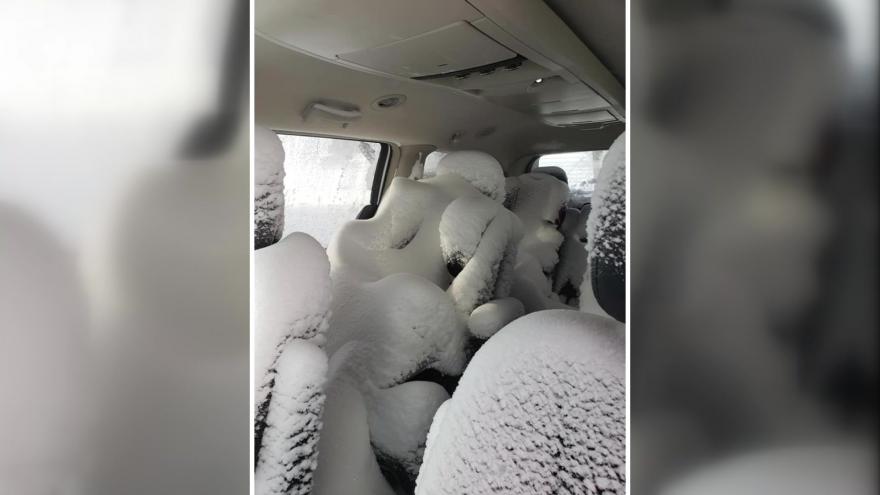 CLAREMONT, Minn. (CBS 58) -- A Minnesota mom is cleaning out her minivan after a door was left wide open during a snowstorm.

Stephanie Hokanson of Claremont, Minnesota posted photos of the snow-filled van on Facebook. About 10 inches of snow fell during the storm.

"I asked my fiance to shut the door. Well, I assumed he heard me and he assumed that I already shut it," Hokanson said. "We're having a great laugh about it. He was a little bit upset about it at first, but like I said, the only people we have to blame are ourselves."

The temperature when we talked to Stephanie was about -2 degrees.