One Injured after Shooting at East Towne Mall in Madison 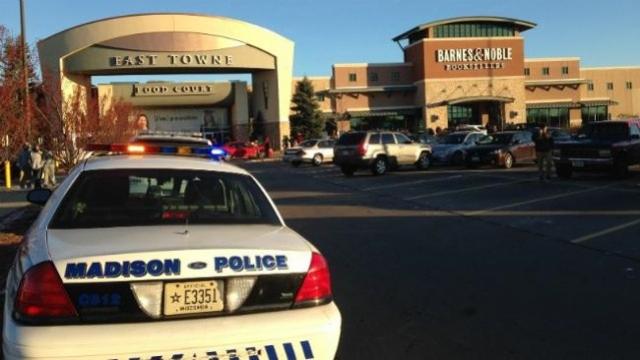 The East Towne Mall's website said, "The mall is temporarily closed due to a safety concern. Please check back for updates."

Madison Police confirm one person was shot in the leg during a disturbance inside East Towne Mall. Witnesses said several young men were involved in a disturbance in the middle of the mall. One pulled out a handgun and fired at least one round.

A bullet struck a 19-year-old who was part of the initial dispute. He was transported to a hospital with a non life-threatening wound. Officers cleared the mall, looking for a suspect, but at this time no suspect has been located.

Officials said the mall was secure at 3:39 PM. At 6:15 PM the mall announced on their website that the mall had reopened. People who abandoned items while fleeing are being asked to pick up those items at the mall Sunday morning.

Anyone with information on the gunman is urged to contact Madison Area Crime Stoppers at 266-6014.