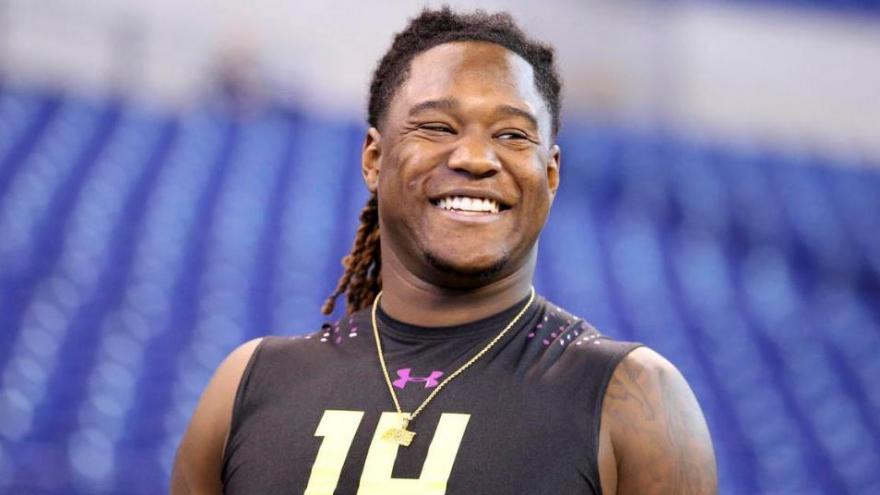 "I couldn't breathe, I didn't know what to say. I was trying to get the words out, but I couldn't talk," Shaqueem said on ESPN minutes after he was drafted. "It was tough -- I'm not going to lie to you -- seeing all those guys picked in front of me."

But he said he would "wait all over again" to be able to play on the same team as his brother again. He said it was everything they were praying and working for.

He later shared footage of his family celebrating the news on Twitter.

Shaquem impressed teams at last month's NFL Scouting Combine where he bench pressed 225 pounds 20 times with a prosthetic hand. He also ran the fastest 40-yard dash time of any linebacker in more than a decade.

CBS Sports writes that Shaqueem is a high-motor edge-rusher who is undersized but wins with quickness and speed around the corner to chase running backs from the backside. His combination of athleticism and energy get him to the football often.

Shaquem has been playing football since he was a kid, even though a congenital birth defect left him with just one functioning hand since age 4. His ability has been questioned at every level, but Shaquem continued to prove the doubters wrong.

He and Shaquill played alongside each other at Lakewood High School in St. Petersburg, Florida. Both earned football scholarships to the University of Central Florida, a package deal that his more heavily-recruited brother insisted upon.