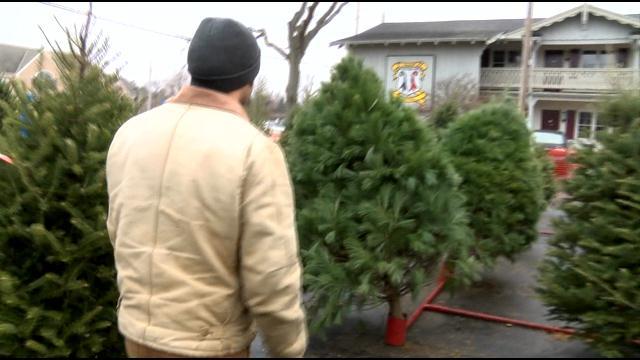 As in two semi-truck trailers filled with fragrant Fraser firs.

Miami-Dade police are on the hunt for the trailers, which were stolen late Tuesday from the parking lot of a Costco megastore in suburban Kendall, Florida.

The heist is worth $35,000, according to the police report on the incident. The company that owns the trailers, Florida Beauty, pinged one of the trailers off of Interstate 75 near Weston but then lost the signal.

Frank Ducassi, vice president of sales for Florida Beauty, told the Miami Herald the trailers were brand new. They were 2015 models, to be exact -- worth $78,000.

Hopefully, they were insured.

But what about the trees? Costco was closed on Thanksgiving but will be open for Black Friday. No worries -- the popular warehouse retailer has more on the way.

Perhaps the thief ought to consider a Costco membership if he or she doesn't go straight to jail.