Olympic Swimmer Thanks Fan Who Spotted Concerning Mole on Chest 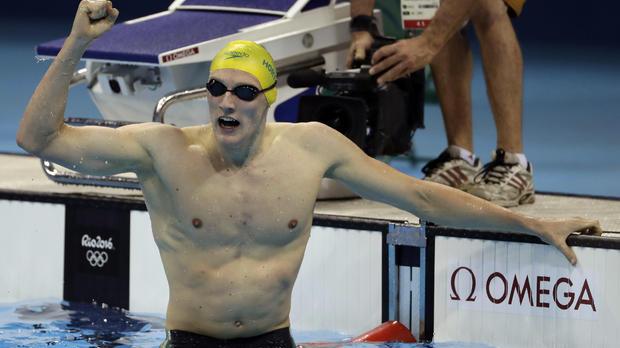 (CBSNews) -- Olympic swimmer Mack Horton took to social media last week to thank a fan who raised concern over a mole on his chest.

The 20-year-old swimmer from Australia, who won gold in the 400m freestyle at the Rio Olympics this summer, posted a photo to Instagram giving a thumbs up, with a bandage on his chest.

In the post, Horton thanks the person who he said emailed the swim team doctor to tell him to get his mole checked out.

Horton didn’t go into detail about whether or not the mole was cancerous, but either way, he seemed thankful for the fan who reached out.

A similar scenario played out last year for a reality television star.

Tarek El Moussa, who co-stars on HGTV’s “Flip or Flop” with his wife Christina, was diagnosed with thyroid cancer after a viewer noticed he had a lump in his throat.

The viewer, a registered nurse, emailed producers after watching the show to advise El Moussa to get his neck checked out. It turned out El Moussa not only had thyroid cancer, but it had also spread to his lymph nodes.

“If it wasn’t for TV or her noticing this huge lump on my neck, I would still be moving forward with my life with cancer in my body and never doing anything about it,” said the TV personality last November.

Last year he said he had been in remission for two years.