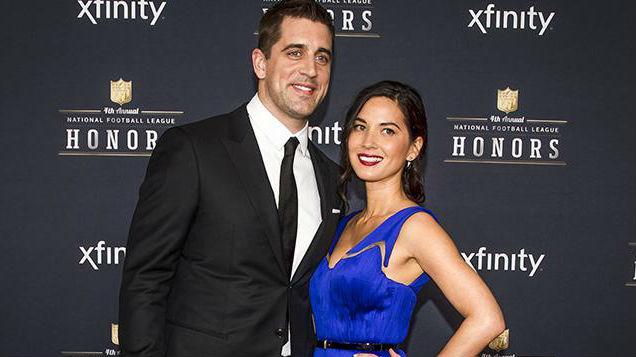 When the franchise quarterback -- who also happens to be one of the best players in the league -- suddenly and mysteriously struggles, speculation as to what happened and why are quick to follow. We've seen it with Peyton Manning and Andrew Luck. Now it's Aaron Rodgers' turn under the microscope.

Under the heading "Possible off-field issues," Demovsky wrote: "A longtime NFL agent told me recently that when he sees one of his top-performing clients play differently, as Rodgers has of late, the first thing he wonders is if something is going on in his personal life."

To which Munn responded:

Playing it fast & loose w/the journalism @RobDemovsky. Your professional skills are lacking... you must be having personal problems at home.

And while Munn, like just about everybody else on the planet -- famous or otherwise -- has to deal with Internet trolls, she made it clear that she's unconcerned about them in this instance.

The trolls can have their comments, it's not them I'm calling out, it's the journalists. Thanks for the love though ??? @AveryChamp

To recap: even though Rodgers' is having an un-Rodgers-like season, Munn has his back. The man must be living right.

Meanwhile, it looks like Rodgers' on-field struggles can be traced back to the same issues that sidetracked Manning and Luck: injuries. On Wednesday, coach Mike McCarthy said that the quarterback "was a little banged up" with a shoulder injury.

Of course, this will all be forgotten if the Packers (6-3) can beat the division-leading Vikings(7-2) this weekend.