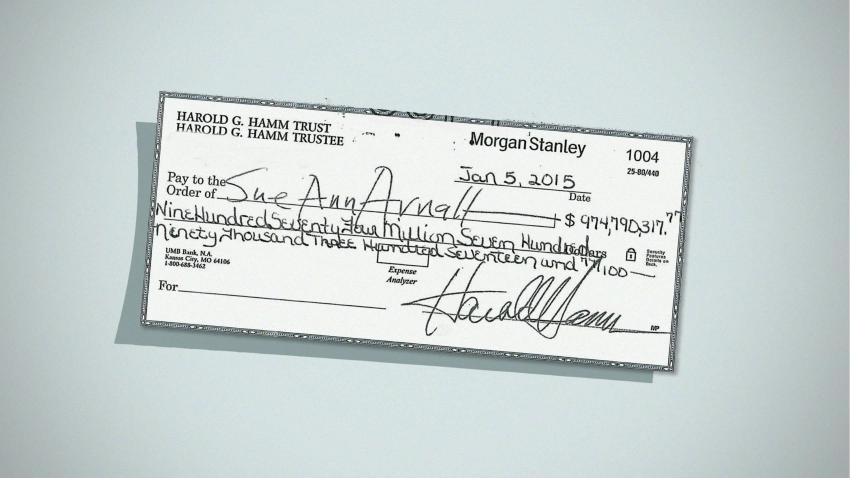 Sue Ann Arnall, the ex-wife of oil tycoon Harold Hamm, has cashed her huge divorce check after claiming earlier this week that the settlement was unfair.

Hamm built Continental Resources from the ground up before leading the development of North Dakota's Bakken oil field. He agreed to pay nearly $1 billion back in November to settle the divorce.

But Arnall, an economist and lawyer who held executive positions in the company, said she was entitled to more. She filed an appeal, claiming that the fortune was due to both her work and his.

Hamm's attorney, Craig L. Box, confirmed to CNN that the check has been deposited.

The couple were married for 26 years, have two children and had no prenuptial agreement. As of last year, Hamm was worth over $20 billion, according to Wealth-X, a wealth tracking company.

Now, the legal case could be coming to a close.

\"It is my opinion that by negotiating the tendered check, Ms. Arnall will dismiss her appeal and this litigation is likely at an end,\" Box said in an email.

Arnall's attorney did not immediately respond to a request for comment.

Hamm had filed an appeal of his own, claiming that due to the dramatic drop in oil prices, his company's value has taken a hit, along with his wealth.