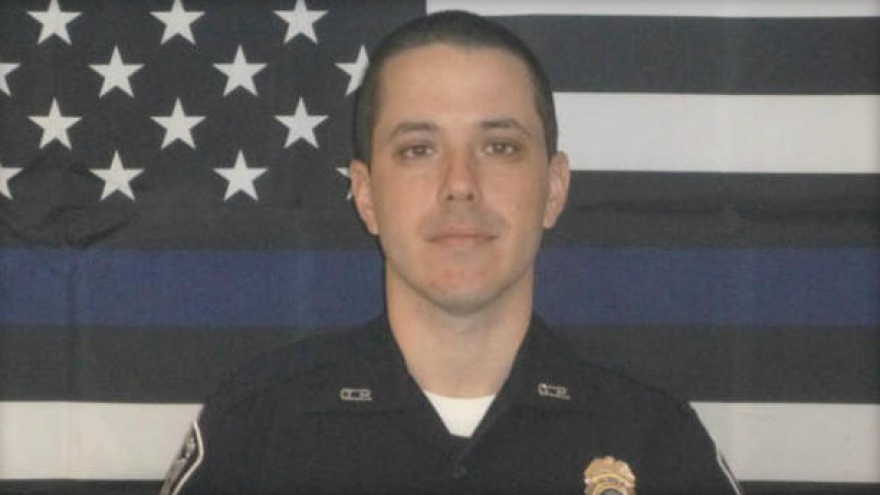 GIRARD, Ohio -- An Ohio police officer has been fatally shot while responding to a reported domestic disturbance in the northeastern part of the state.

Authorities say 31-year-old Girard police officer Justin Leo was shot just after 10 p.m. Saturday as he and another officer stood at front door of a home where the suspect opened fire. Leo died during surgery at a Youngstown hospital.

The suspect, who hasn't been identified, was killed by the second officer.

The Ohio Bureau of Criminal Investigation is investigating the shooting.

Leo was a five-year veteran of the department.

A radio call for an "officer down" included an officer telling a dispatcher there was a man with several firearms who had been drinking all day.

Neighbor Arron Wayland told CBS affiliate WKBN-TV that he watched from a kitchen window across the street while the officers spoke with the suspect at the front door for several minutes.

"We just started looking through the window and we watched both officers approach the house, knock on the door and it looked like they engaged in conversation for a few minutes," he said. "It seemed like one shot from inside the house, then the second officer side-steps and shot three to four times."

Ohio Attorney General's Office spokeswoman Jill Del Greco, under which the state investigative bureau works, provided a few details when asked a series of questions Sunday. She declined to name the suspect, but said no one else was in the home at the time and that the man used a handgun to kill Leo.

Girard Mayor James Melfi told WFMJ-TV that Leo's parents were at the hospital when the officer died.

"Justin Leo was a young man I knew most of his life," Melfi said. "An absolute gentleman and someone who the city has been proud of since he had been here with us. Our communities, prayers and thoughts go out to Leo's family."

Girard is about 70 miles southeast of downtown Cleveland in Trumbull County.