Six people were hurt in that crash, and one Tennessee woman was killed.

The Washington County Sheriff's Office says the largest crash was on I-41 northbound just south of Cedar Creek Rd. At that scene, there was a total of 48 vehicles involved; 38 were damaged. There was a total of six patients that were transported to local medical facilities with various degrees of injuries. Another 26 were evaluated and treated at the scene.

Rite Way Bus Service Inc. assisted with the mass transit of about 50 stranded motorists to Pioneer Travel Plaza which acted as a reunification and investigative point for the incident. 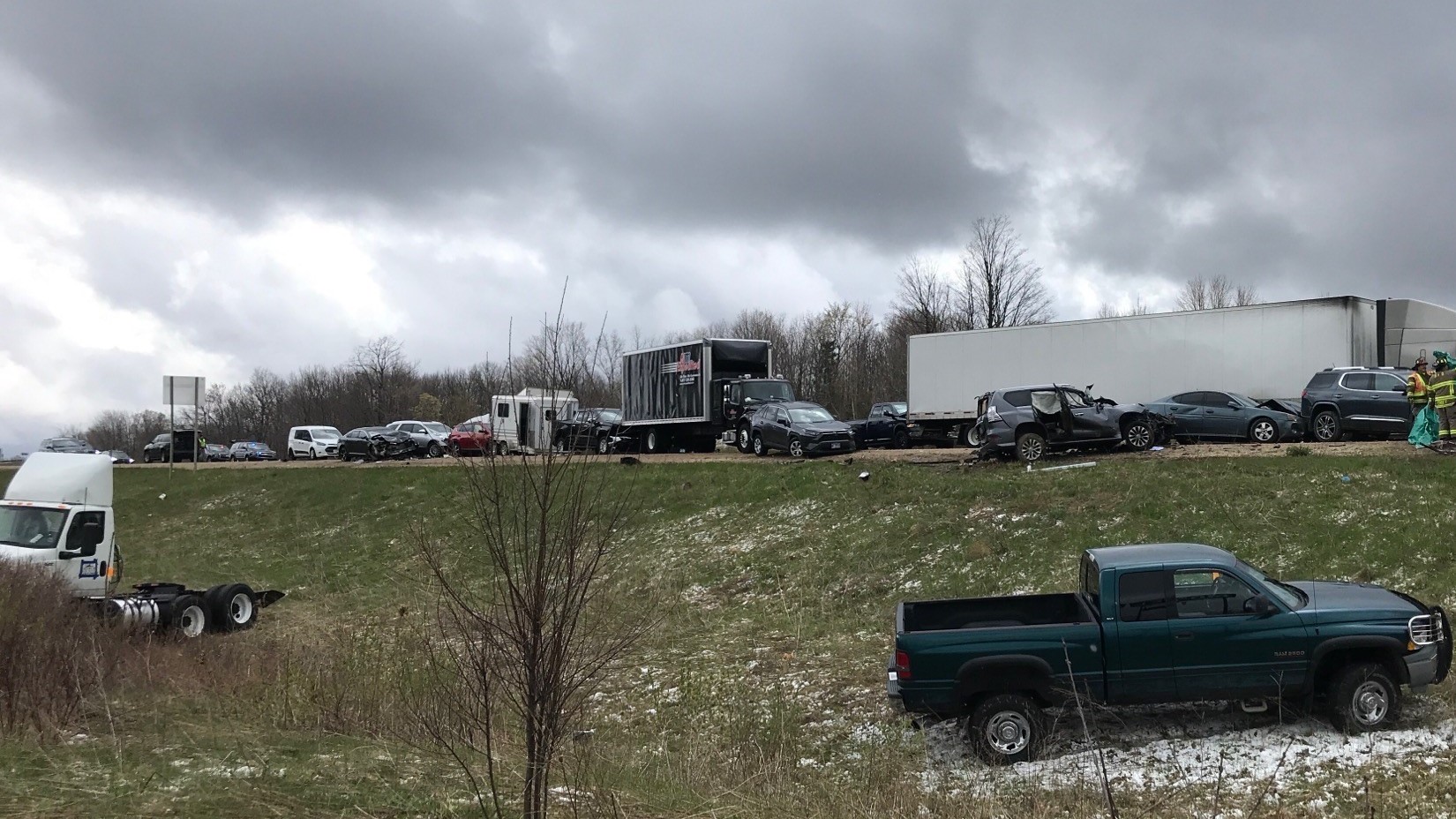 "I know I was shaking a little bit," said Bill Van Aacken.

His car captured dramatic video as he narrowly avoided being caught in the large pileup.

He's following a semi on I-41, when he sees it swerve suddenly to avoid a jack-knifed semi on the left shoulder.

The video shows cars on the right pulling off the highway and crashing into each other.

The video shows the semi-trailer seemingly explode after hitting a county highway plow truck. The trailer rips apart as the plow gets knocked over.

"Just kind of slalomed my way through that, worried about the stuff in the middle of the road, but at that point, there's nothing I can do," said Van Aacken.

He said that was the scariest drive he'd ever taken between Milwaukee and Oshkosh. The Wisconsin State Patrol said six people were hurt in the pileup. A 37-year-old woman from Tennessee died. Twenty different crash scenes closed I-41 for hours as emergency crews first responded and then began cleaning up the damage.

The massive cleanup included wreckers towing trucks out of ditches and loading smashed cars onto flatbeds. A sweeper was brought in to help collect and haul out a dumpster full of wreckage.

"That could have been me, or a family member, it's sad someone had to lose their life," said Schroeder.

Van Aacken said the sheriff's office asked him for a copy of his video to help in the investigation. He said giving them a copy is the least he can do.

You can download the CBS 58 Ready Weather App for the latest updates at your fingertips. CLICK HERE for more.
Contributions to this story also made by: CBS 58 Newsroom
Share this article: