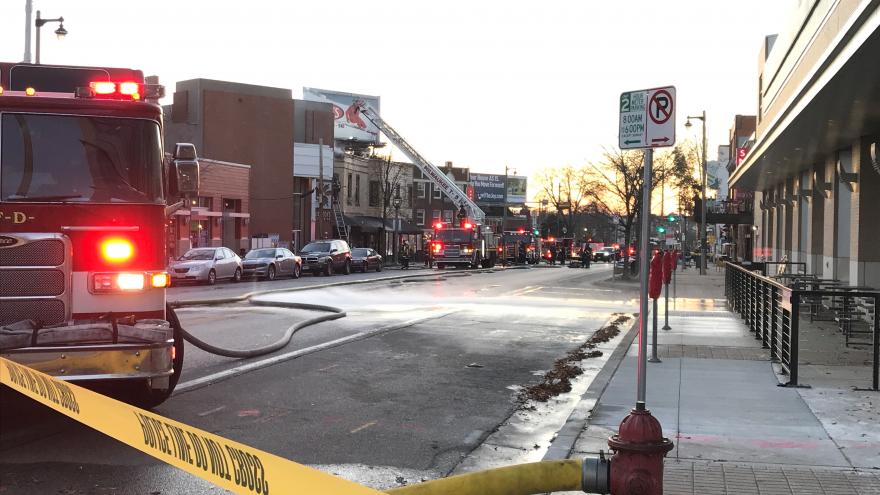 According to the Milwaukee Fire Department, the first fire was at 1401 W. Mount Vernon Avenue around 3:40 p.m. Five or six minutes later, another fire broke out at Hooligans Super Bar on Ivanhoe and North.

"The buildings downtown here on the near east side are very close together, a little bit older. It's important we get here quickly," Acting Deputy Chief Andrew Vossekuil, Milwaukee Fire Department.

Officials put out the fire at Hooligans in approximately 45 minutes. No injuries were reported.

Both fires are under investigation. The causes are unknown.