MADISON, Wis. (CBS 58) -- The pandemic took a toll on the tourism industry as the state saw a 30% decline in direct spending in 2020, but officials are optimistic they can recover.

Tourism spending hit an all-time high in 2019 recording $13.6 billion, but that dropped to $9.8 billion in 2020, according to the Wisconsin Department of Tourism. That’s about a $4 billion loss. While state officials acknowledge it was a devastating year, they said things are looking up in 2021.

“The numbers tell us what we expected, the pandemic was really hard on Wisconsin tourism,” said Anne Sayers, acting secretary, Wisconsin Department of Tourism. “But they do not tell the story of the recovery which is underway.”

In the first few months of this year, Sayers said tourism spending is outpacing 2020, but also on track to surpass 2019 records.

“We’re excited heading into this summer travel season because it looks good for everybody,” she said.

National studies show 87% of Americans plan to travel in the next six months, which officials called key to their recovery.

“We have a vaccine this year and we very strongly believe it’s going to help us get out of this hole,” said Claire Koenig, communications director with VISIT Milwaukee.

In the southeast region of the state, Milwaukee County saw the biggest loss with spending down about 43% from 2019 to 2020. 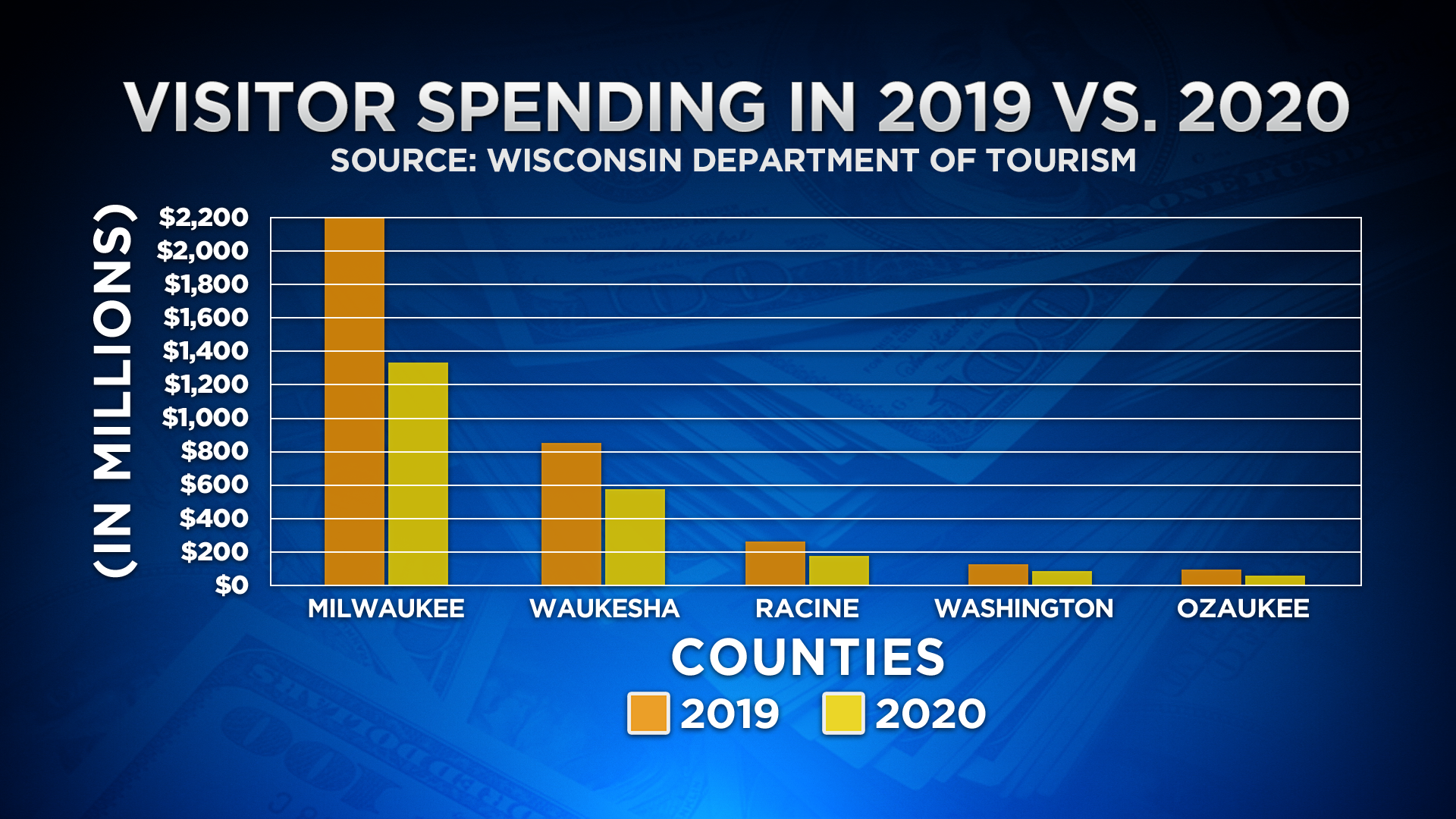 The greater Milwaukee area was hit hard after the Democratic National Convention had to scale back significantly due to COVID-19 and other big events such as Summerfest and the Wisconsin State Fair were canceled.

Now with those events back on this year, Koenig said things will only improve.

“We are most optimistic about those big events this year, those are fabulous, and they will provide a very big economic boost, badly needed.”

The tourism industry is expected to receive a portion of the state's federal relief aid, but guidance on what they can spend that on has yet to be released.

In the works this year to boost tourism includes expanding marketing campaigns in new cities such as Rochester, Duluth, Rockford and Wausau, Sayers said.

“We have a very aggressive advertising campaign planned for this summer where we plan to spend more and get a deeper reach than ever before in those markets.”