Officials Hold Meeting in Tosa About Coexisting With Coyotes 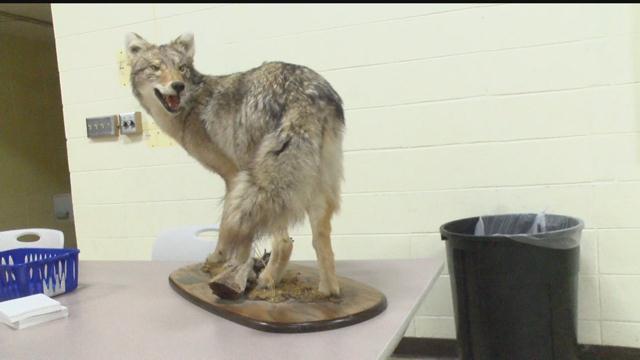 The Wisconsin DNR is a few weeks into a trap and tag program with coyotes, hoping to monitor urban packs and get a solid number on exactly how many are living in Milwaukee county.

The DNR says these coyotes aren’t going anywhere, so they held a  meeting tonight to help the public understand how to coexist.

Officials admit, coyote sightings are getting more common, and they say with a lot of time and manpower they could completely eliminate them from Milwaukee County but that’s not the best solution.

even w the big dogs people are keeping them close.

Kathleen Hansen has lived on Underwood Parkway in Wauwatosa for 30 years and there's always been coyotes. But this year she's not only keeping a close eye on her dogs, but completely changing her daily routine.

And for good reason. At the meeting, officials said coyotes normally will and should run from people.

"The issues that we run into is when coyotes in our urban areas become more comfortable with people. They see them and don’t have an immediate fear," said Dianne Robinson with the DNR.

"People want to see them and track them and follow them and see what they're doing," he said.

Robinson says ignore them and they should ignore you but if they don’t, that’s when its time to get aggressive.

"You need to scare it again. Be more extreme, more aggressive with scare tactics; we don’t have snow anymore but throw a snowball, a golf ball at it," said Robinson.

Officials say the best solution is management, because if all Milwaukee coyotes were eliminated more would just move in, so learning to coexist is best.

"There's going to be interactions that are less than desirable, hopefully we keep those to a  minimum," said Anderson.

If you see a coyote, you're asked to help with the tagging project by reporting it on inaturalist.org.