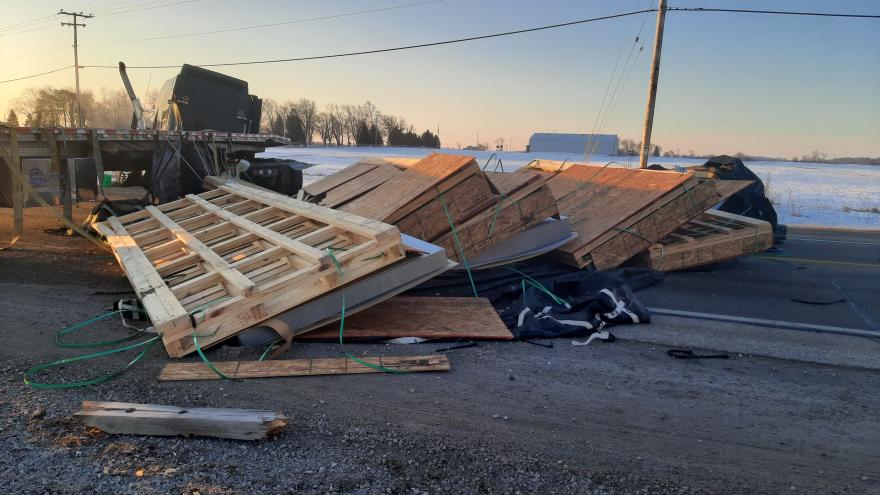 RACINE COUNTY, Wis. (CBS 58) -- Racine County officials say a driver blew a stop sign and caused a multi-vehicle crash at the intersection of State Highway 20/Washington Avenue and U.S. 45/North Raynor Avenue in the town of Dover on Friday, March 5.

According to the Racine County Sheriff's Office, around 6:22 a.m., a Jeep Wrangler -- operated by a 25-year-old Burlington resident, was driving northbound on Raynor Avenue, when they failed to stop at a stop sign at State Highway 20.

Officials say the Jeep struck a westbound semi with a flatbed trailer. This caused the semi to also lose its load of industrial aluminum sheeting, which fell onto State Highway 20.

According to the sheriff's office, after the Jeep hit the semi it struck an eastbound heavy duty flatbed truck.

Fortunately, officials say there were no serious injuries.

State Highway 20 and Washington Avenue needed to close to clear debris from the roadway as well as a large amount of oil that spilled.