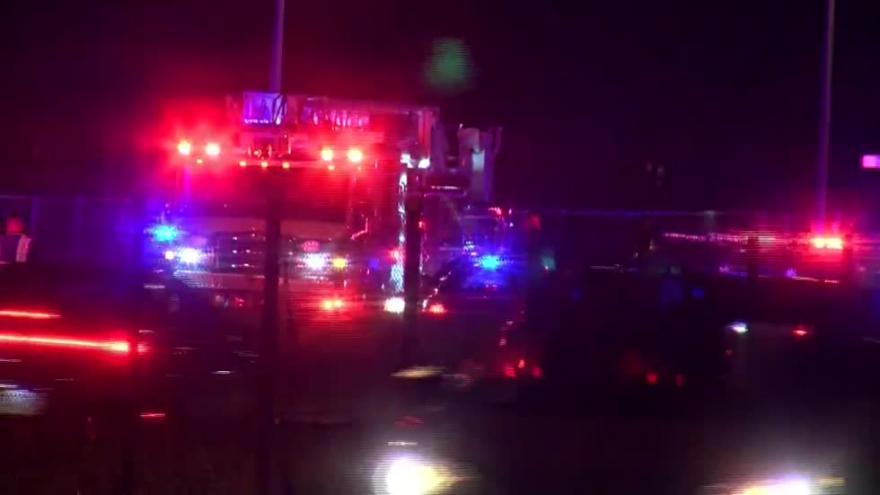 GLENDALE, Wis. (CBS 58) -- One person is in custody after a wrong way crash this weekend. The crash on Saturday night is just one of more than 100 wrong way crashes so far this year.

The crash happened Saturday night in Glendale on I-43 near Good Hope. According to Whitefish Bay Police, the driver of a Buick Regal got onto southbound lanes driving north. An officer was attempting to pull the driver over for speeding when the driver got on the interstate going the wrong way.

Police said the Buick hit an oncoming car head-on. Two people in that car were taken to the hospital with non-life threatening injuries. The wrong-way driver suffered a leg injury and was taken into custody Saturday.

John Kotarski is an driving instructor at Lada Drivers School in Shorewood. He said it’s important to know what to do if you’re in wrong way driver situation, “Your life is at stake. You need to get your car out of the path of the oncoming vehicle,” Kotarski said.

Kotarski advises drivers to swerve to the right in order to avoid a potentially deadly head on collision. He also said it's better to hit something on the side of the road than a car coming at you in full force.

“If you can't get out of the way, try to make it a glancing blow so it will be a sideswipe collision and not a head on impact,” Kotarski said.

According to the Milwaukee County Sheriff's Office, as of November 1, 125 wrong way drivers have been reported and 81 have been confirmed from video or eyewitnesses. Of those, 15 drivers were tracked down and arrested and each of them were either drunk, on drugs or disoriented.

“Having signs lower to the ground. That say wrong way, so have one on top and have another on the bottom,” Larson said. “People driving under the influence of alcohol, their eyes are lower on the ground.”